40 years Republic of Spain is a real holiday.

Parking lot is fully occupied and Petra and Dieter, who had initially planned to continue to the volcanic area nearby now decided to remain here in Besalú, because they were worried that the volcanic area would be even more crowded and in Besalú there is still enough to see. We also decided that we could as well continue our trip together as long as it is fun for all of us.

Yesterday Wilfried was asked by Dorian, the accordion player, to paint him together with little Maja on another image. From Maja he gave us a photograph and Wilfried agreed. Dorian was painted life again – as he played on the bridge, the little girl was added from the photo. 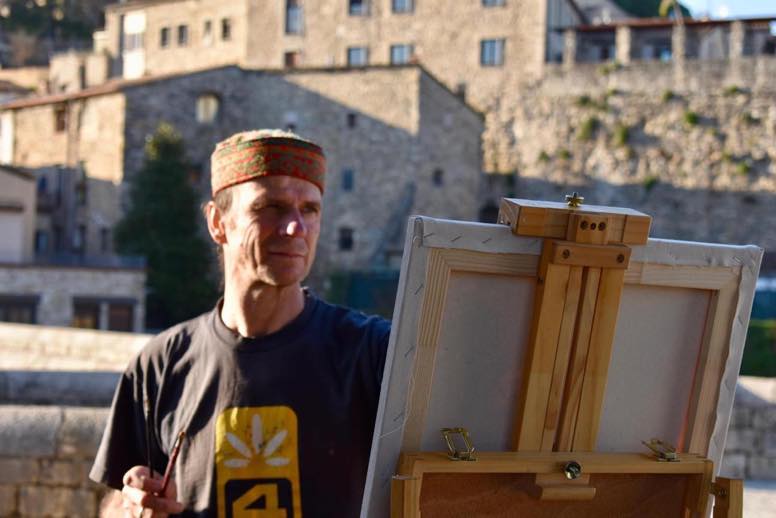 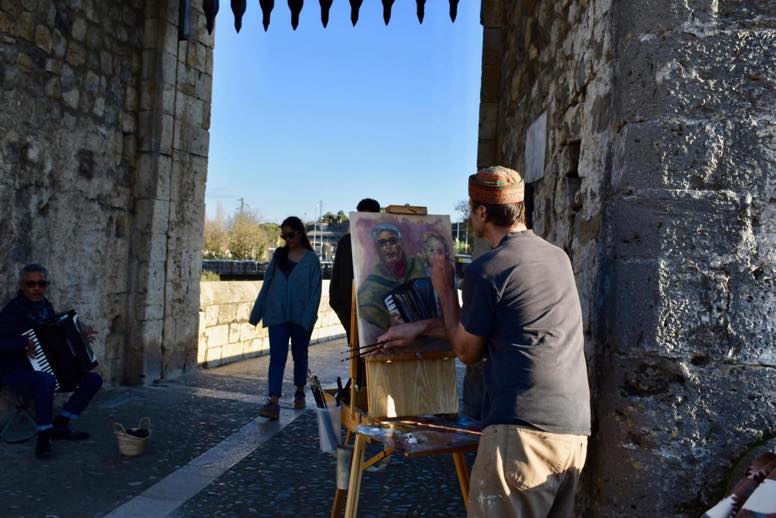 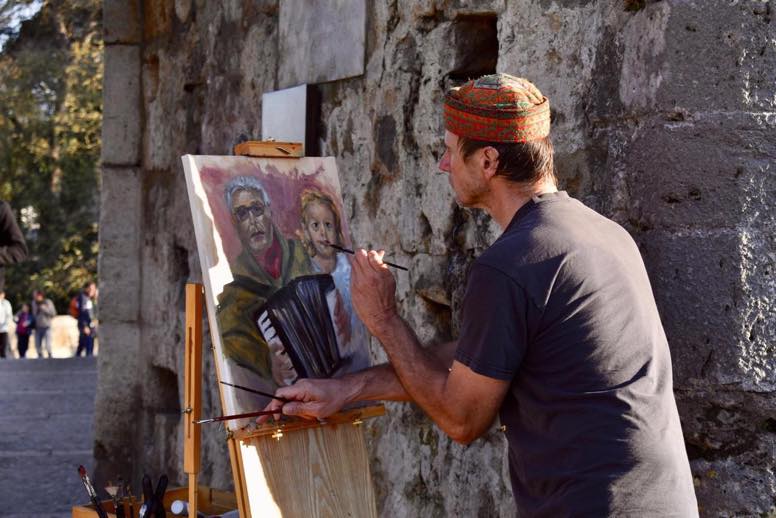 While Wilfried was engaged in painting, Dieter, Petra and Lisbeth strolled through the city and joined the thousands of tourists. Dieter tried a Barbecue Chicken and his enthusiasm also infected Lisbeth to purchase such one for a late lunch for Wilfried and herself.

The afternoon and evening we spent with activities such as reading, knitting, downloading movies and just relaxing.