Now we finally know why Wilfried is so successful here in Besalú:

He had been here in the 9th century as the “King Wilfred the Hairy!”

For this from Wikipedia:
„Wilfred the Hairy and the first independent Catalonia history:

Here Wilfried started at the bottom. He just started out as fine nobleman. In 870 Charles the Bald appointed him to the Count of two small countries in Northern Catalonia, which Wilfried’s meteoric career began. Eight years later, more possessions then were added in the so-called Spanish Mark, an area that served as a military frontier against the Muslims of the Emirate of Cordoba. Not a very popular piece of land, one can think of. There, military skirmishes were fought after all the time and the people were cut off for a long time in masses.“

That must be the reason why Wilfried feels so comfortable here in Catalonia and is so successful.

After all, he has now made the fifth portrait within 9 days for Face Europe, and two other works made at the Bridge of Besalú: a landscape of the city and one commissioned work.

Today it was my turn to find Daniel. The owner of a small private brewery in the midst of  Besalú, who told us his exciting life while he was drawn. His girlfriend Ingrid will hopefully forgive him that it took longer today for him to come home! 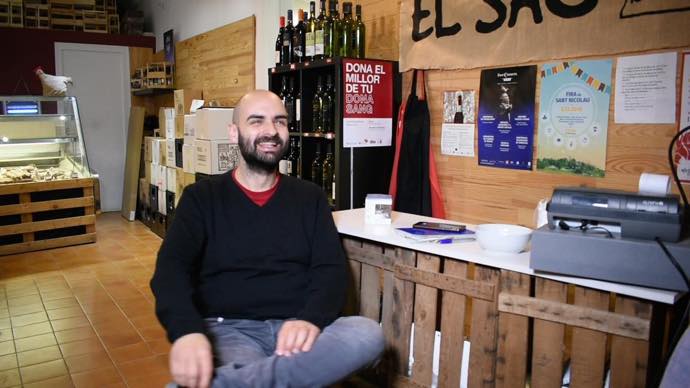 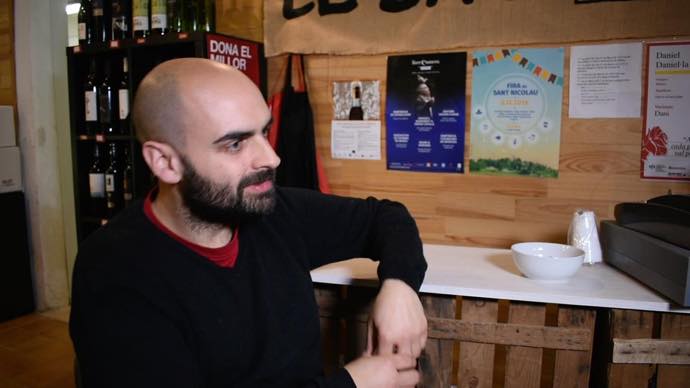 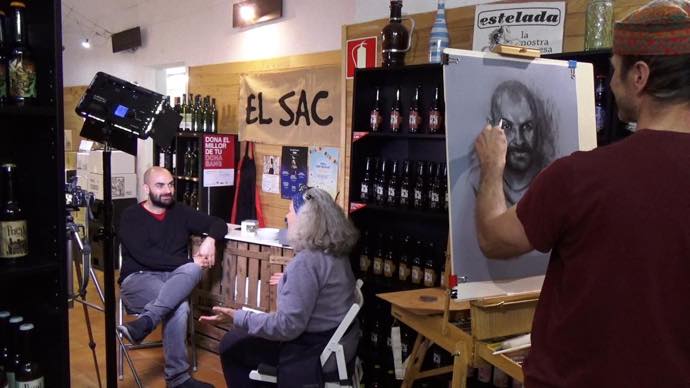 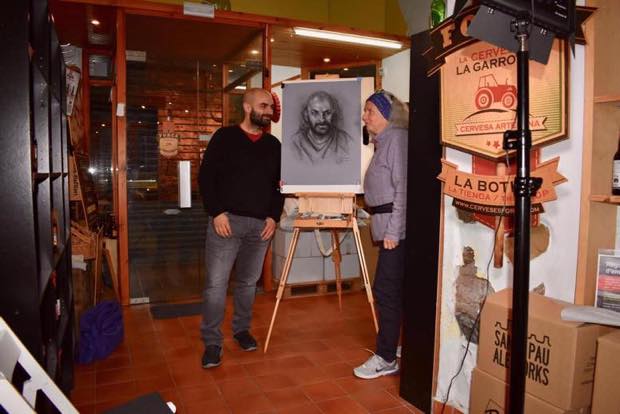 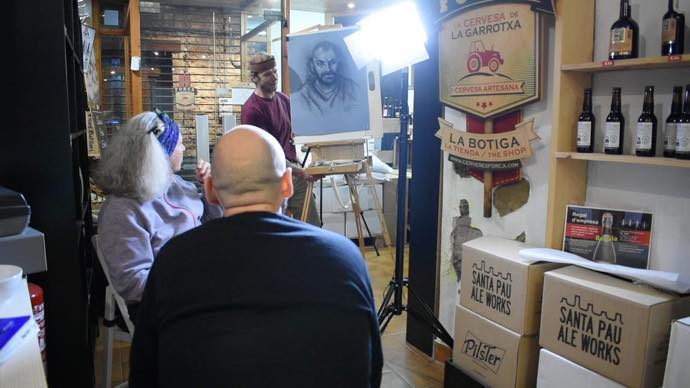 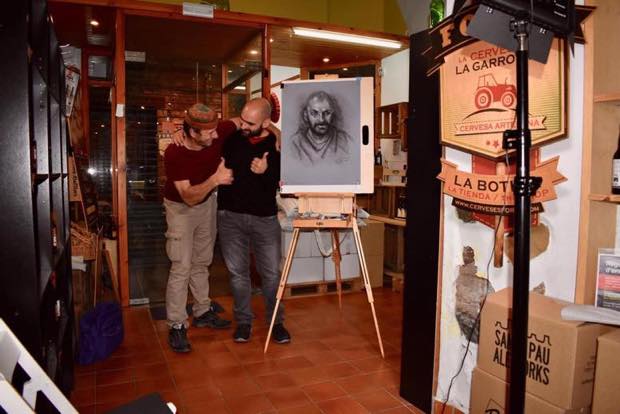 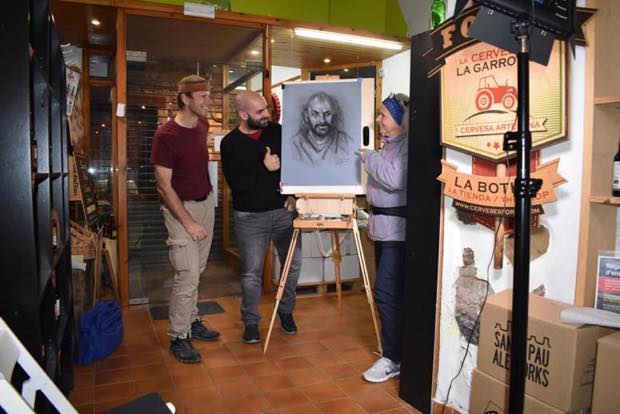 We also thank his amiable family!