We don’t want to, but we have to go home

We left the Kykao brewery on 12 April.

We want to cross the border into Austria by 1 May at the latest. The first few days of the trip we were drawn to the sea in Greece.

A short stop at Zalongo next to the surfing lady was good for a night. 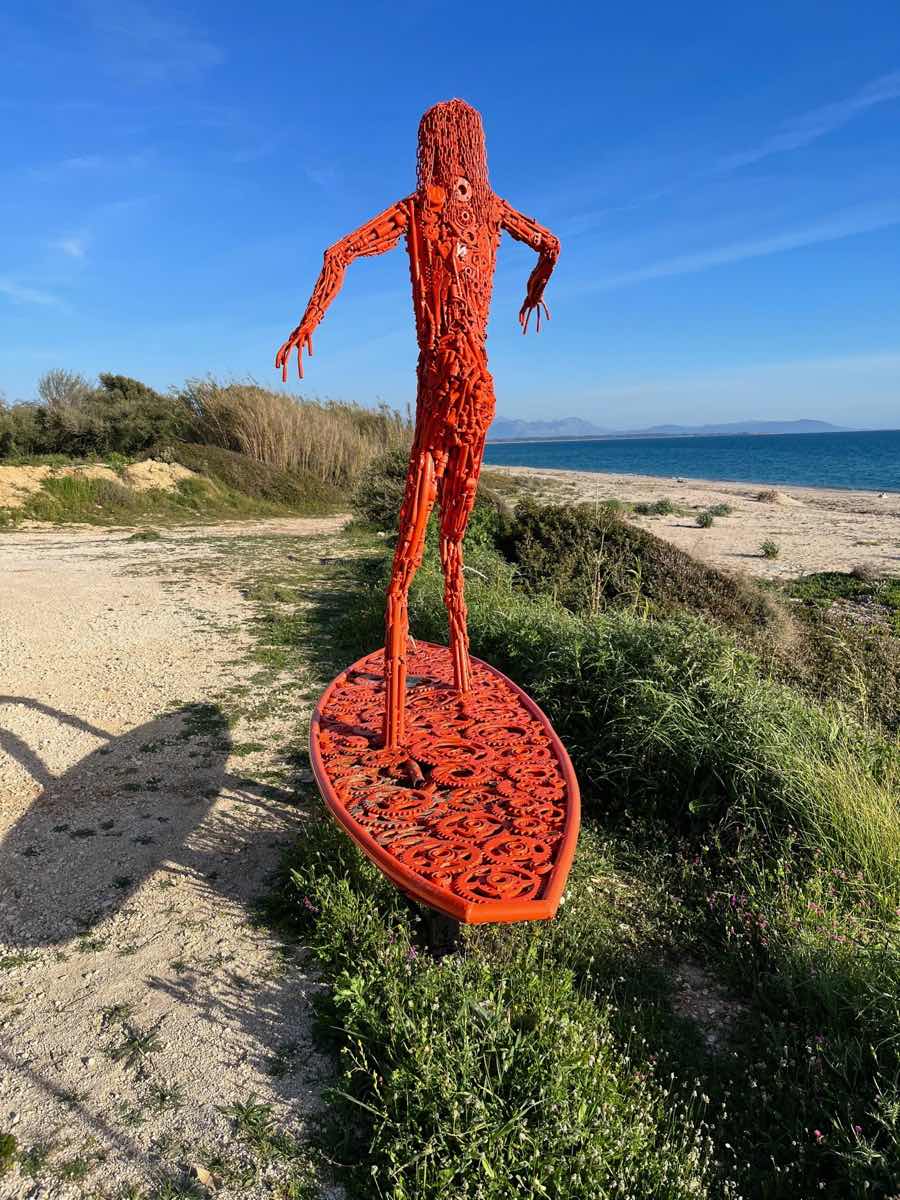 In Ammoudia we soaked up the salty air and stayed for two nights. For the first time this year, I put my feet in the water. 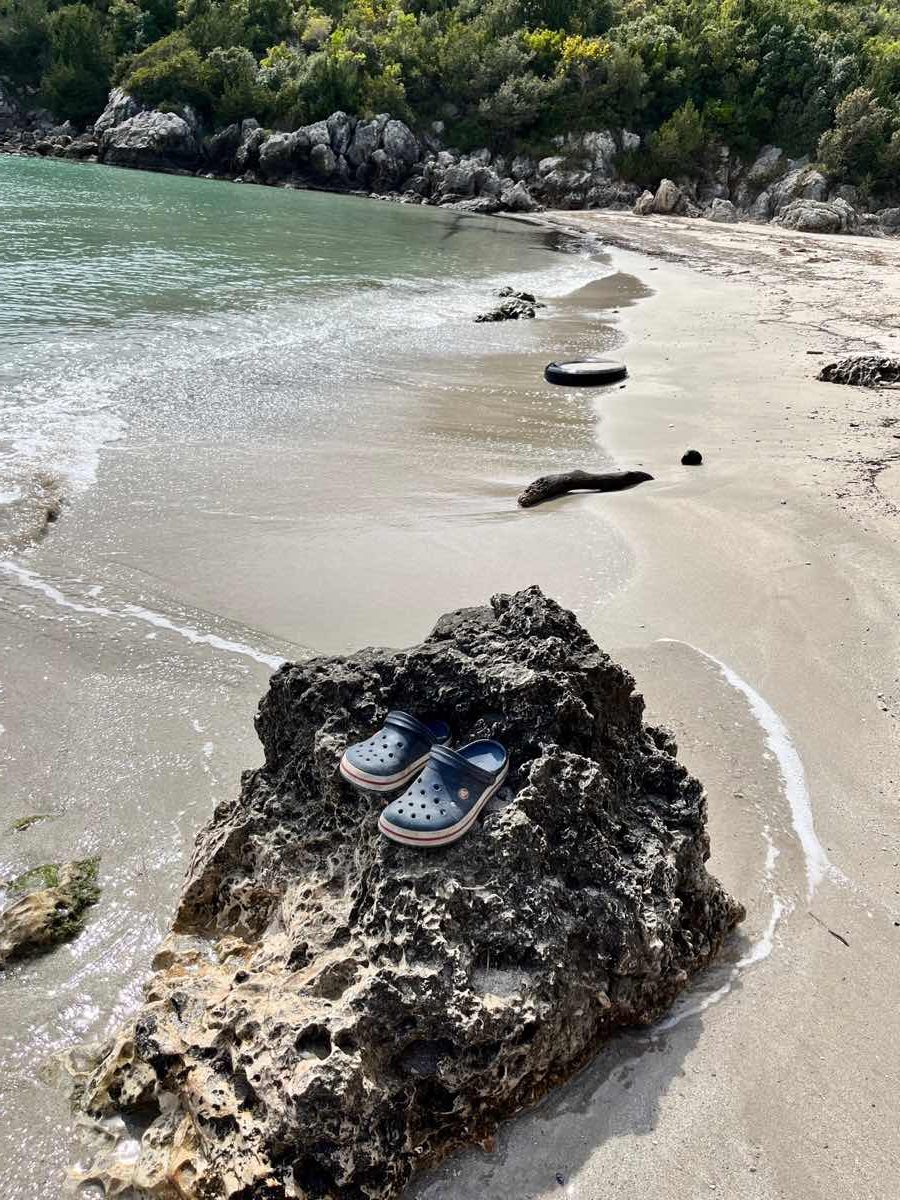 In Greece it was Palm Sunday when we moved on.

We took the small border crossing to Albania, which was not far from the sea. On the road there, we picked up Tomas from eastern Slovakia, who was hitchhiking to Albania with his backpack weighing tons. As German-Slovakians, we were able to converse perfectly with him in German.

Unfortunately, we had to say goodbye again soon after the border, as he wanted to go to Ksamil by the sea and we wanted to go north via Girokaster. The drive parallel to the Greek-Albanian border was very picturesque. Wilfried and Big Fredi mastered the countless bends brilliantly. We only passed the “Blue Eye” and Girokaster.

In Girokaster at the petrol station we were cheated when Wilfried paid with his card. The petrol station attendant made Wilfried pay a second time, pretending that the first time hadn’t worked. Oh well, what the hell. Fool tax paid. We’re stingy with our petrol and try to get a good price, and then we end up wasting €100. There are crooks everywhere. He’ll just need it.

With the standard of living in Albania, one wonders how people survive here. Diesel costs almost 2€ and the prices for food in the supermarkets are relatively high. Only the prices in the restaurant amazed us again.

Through Albania, we wanted to avoid the steep Llogarapass this time and took the road through the interior. With beautiful mountain scenery along the Drinos and Vjosë rivers, we arrived at the monastery car park of the Greek Orthodox Church in Këlcyrës to sleep. 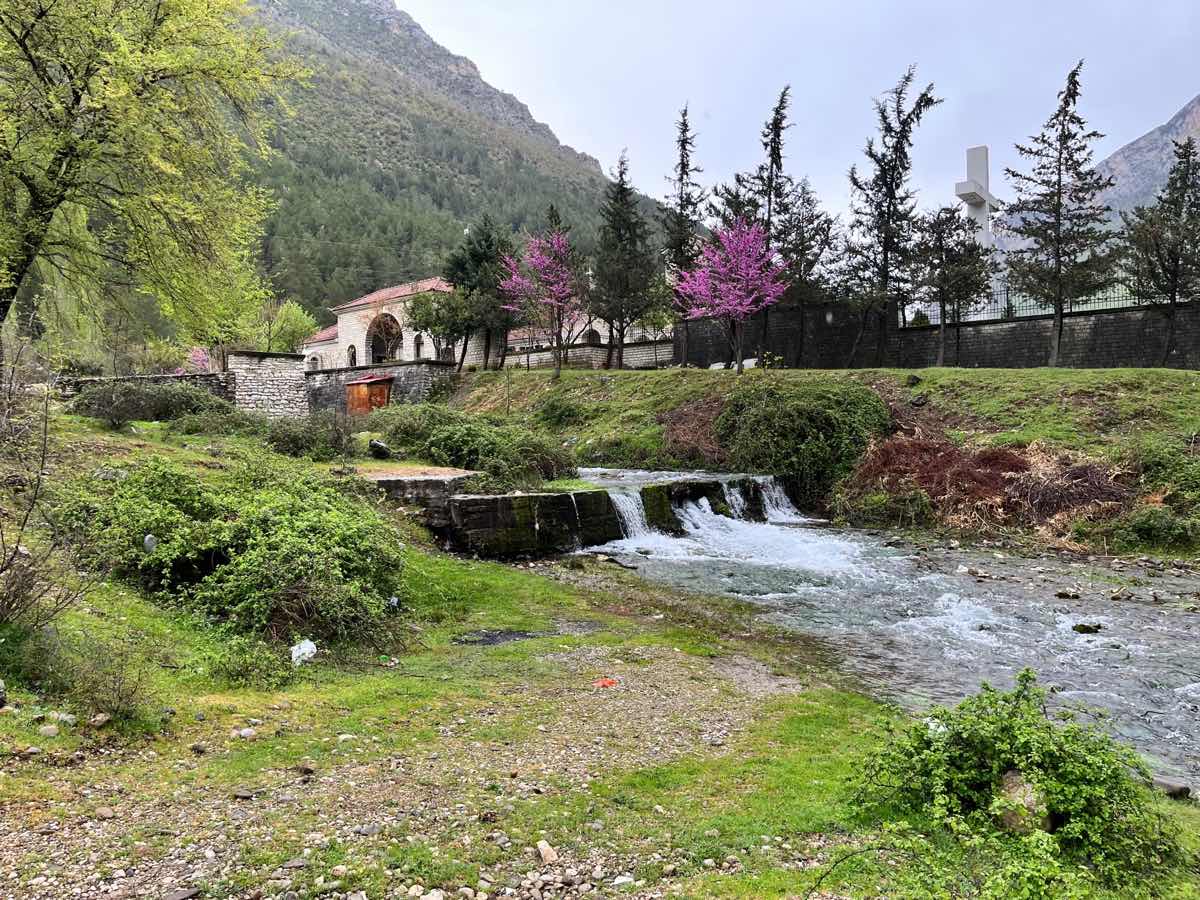 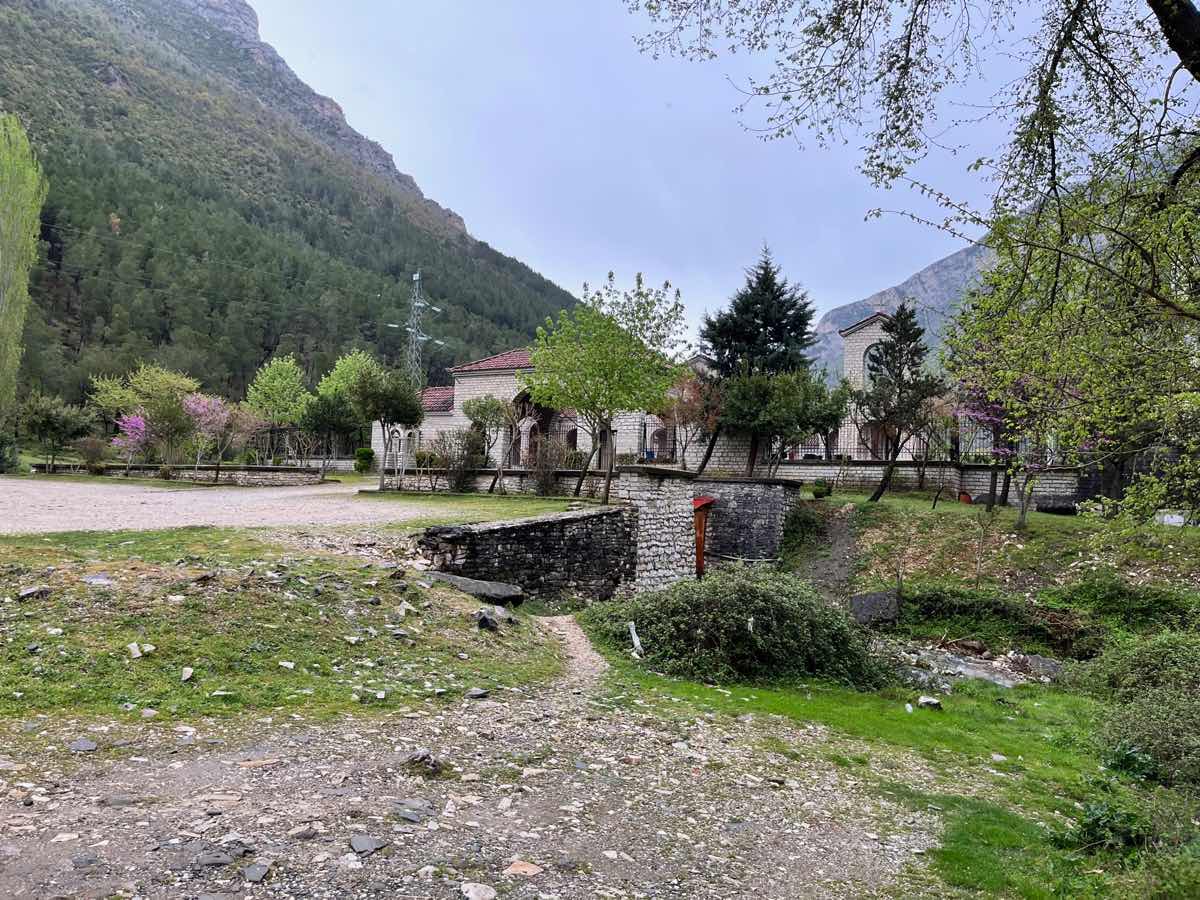 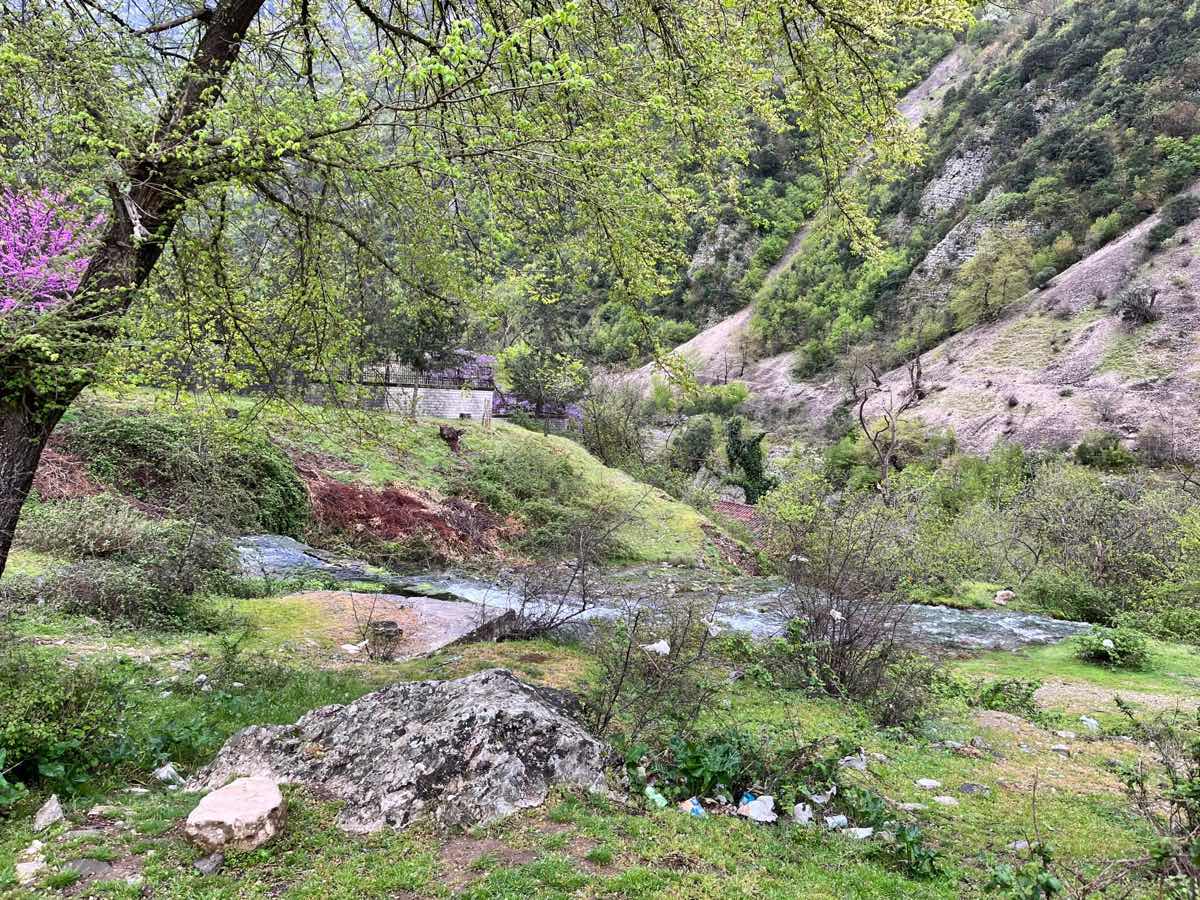 We had to leave the monastery grounds again in drizzle. Locals fetching drinking water at the very clean tributary to the waterfall. The young woman said it would be possible to take a guided tour of the monastery, only on Sunday it is not possible. On Monday morning, however, there was still no sign of life in the monastery, even though everything looked very inhabited.

The road from Girokaster back to the sea in the north led us through plains and fertile farmland. Spring was everywhere. Strawberries from the glass houses by the roadside were just too inviting, so I bought myself a small quantity.

One bay before Mario’s bar and parking place, I wanted to eat fish. A very special restaurant in the Patokut lagoon with its stilt houses was recommended to us by Petra. 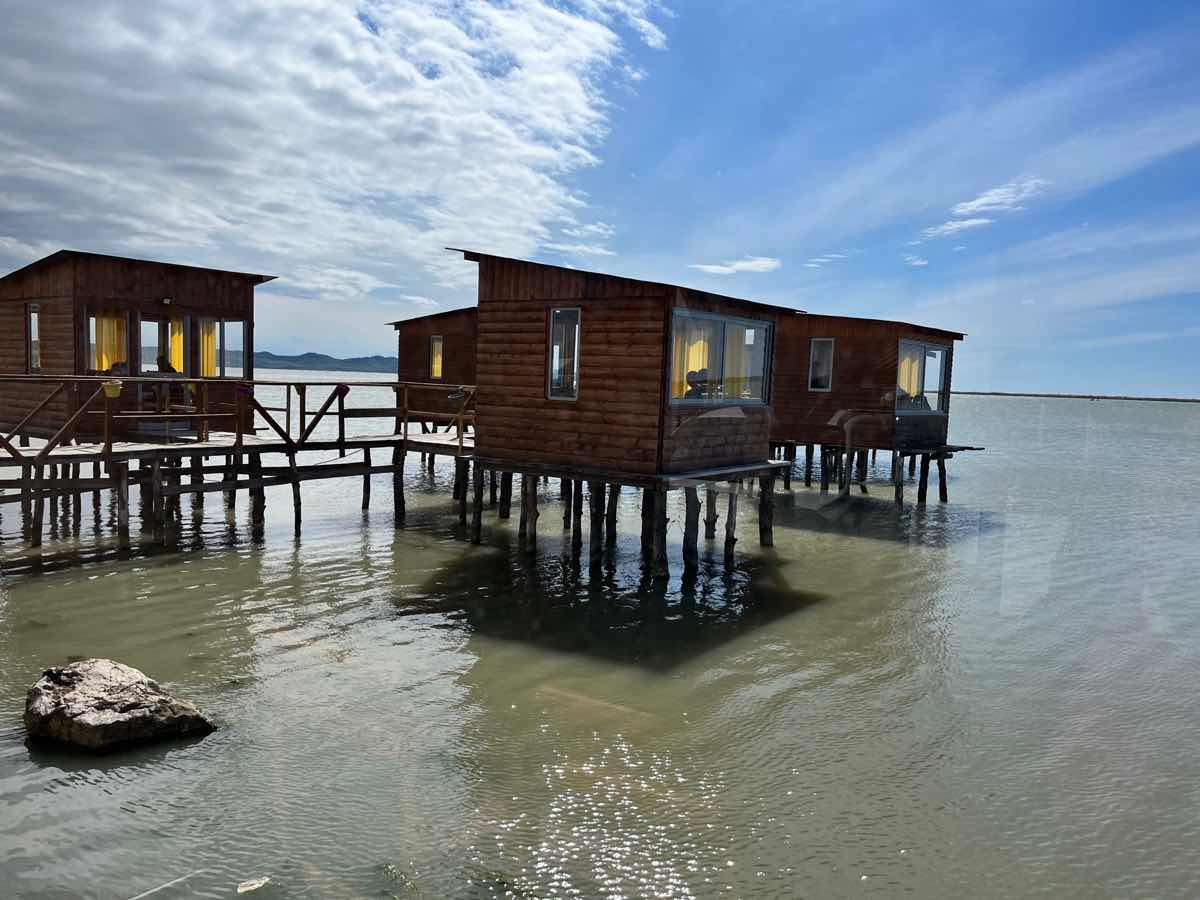 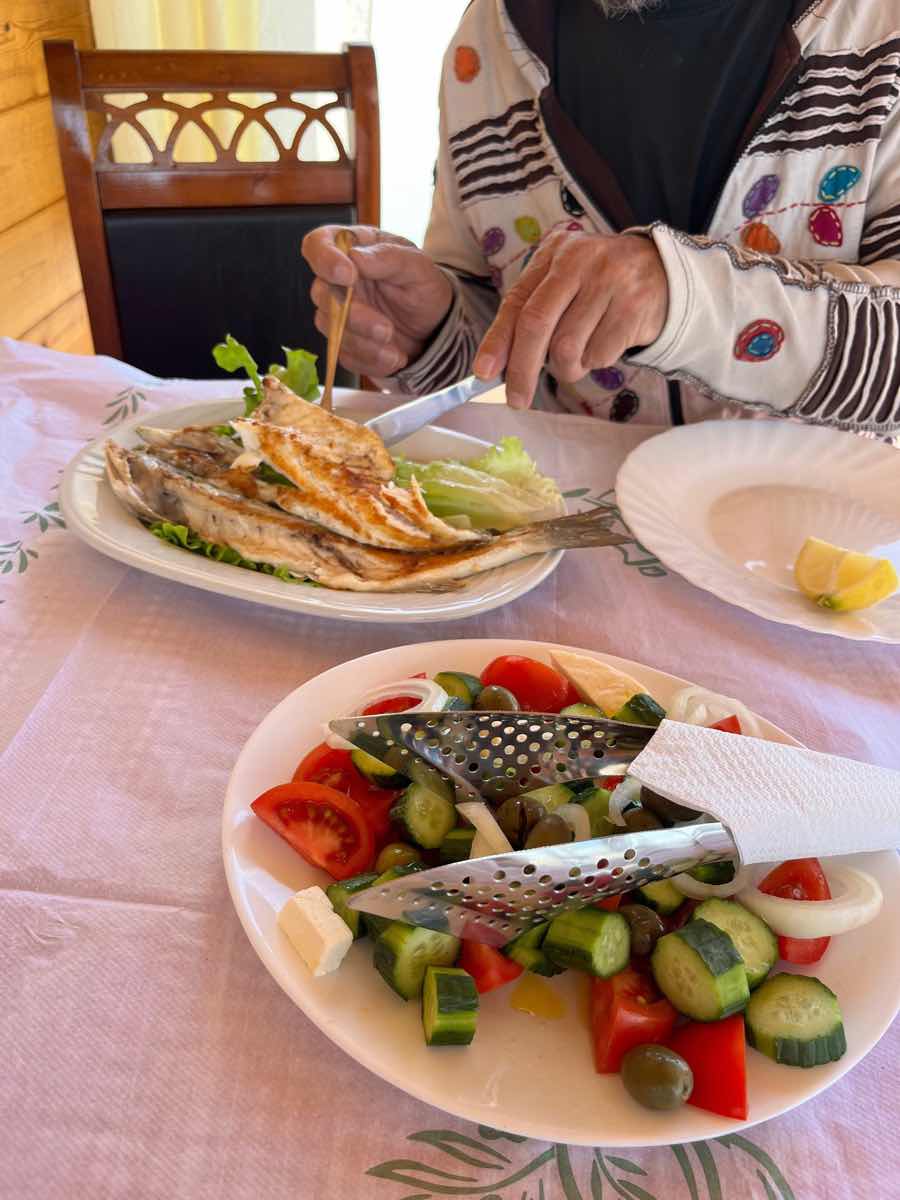 I didn’t want to miss it. For 17 € Wilfried had a grilled fish, for me squid, plus a salad and French fries and a bottle of water.

On Tuesday, 19 April, we were finally able to see Mario again. He was really happy to see us as well. A lot of work had been done on his bar in the meantime. New shading, a lot of repair work on the outside, more seats. Mario always has such great ideas and does a great job with everything. 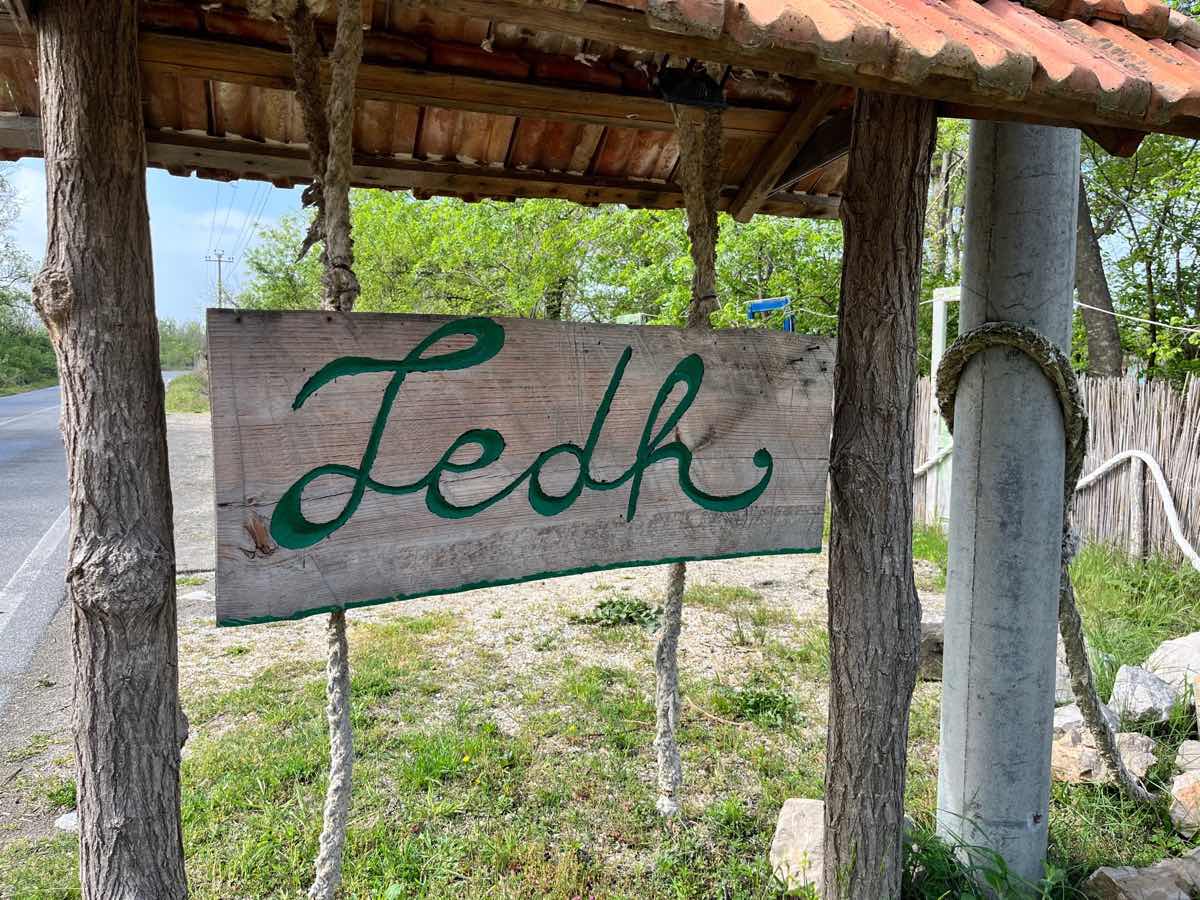 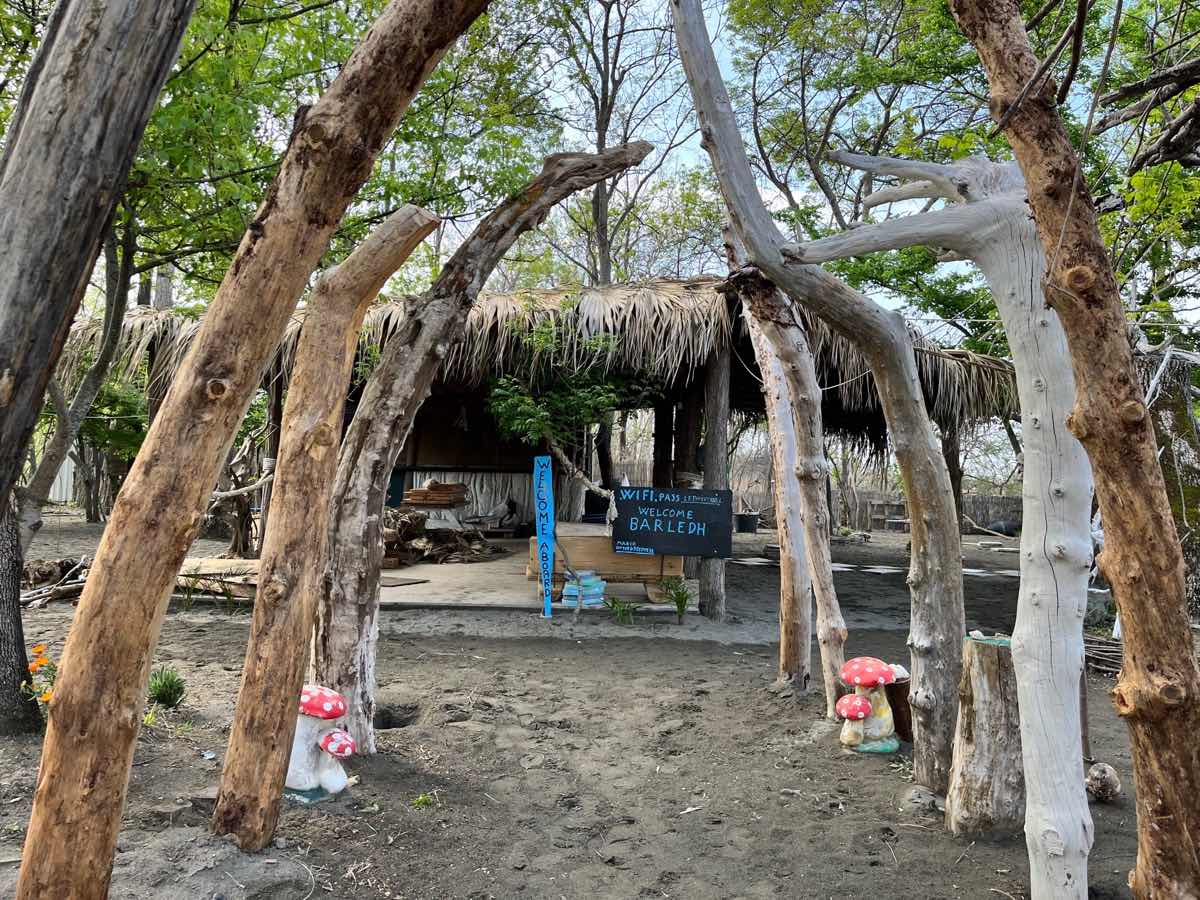 Maybe we can help him a little. If only the weather wasn’t so unstable. Sometimes it storms, then it rains again. The really good weather only comes when we have to move on again.

The TÜV appointment really comes at the worst possible time. Maybe we can officially postpone it.