Zig – Zag through Romania or always following the weather

After spending a day at the campsite of the mud volcanoes to wash clothes and fill up with water,

we were supposed to return to a more beautiful area, namely the mountains, via Buzau and Ploiesti. The flat surroundings of Ploiesti, marked by rubbish pits, taught us to be horrified. 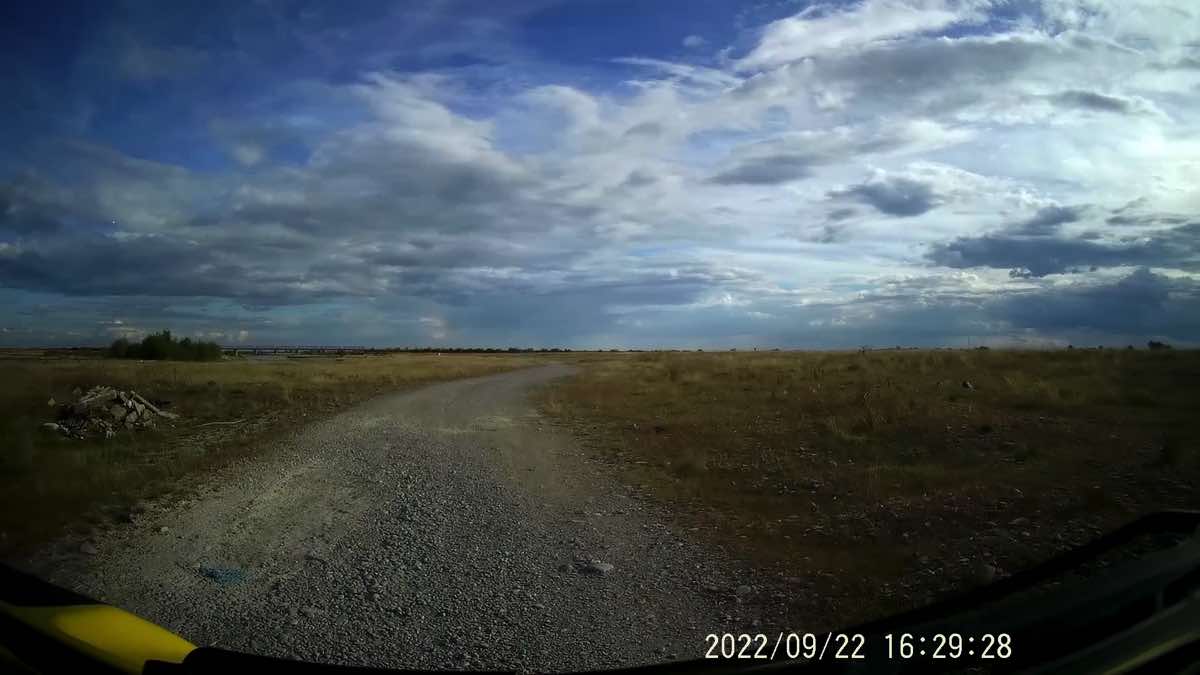 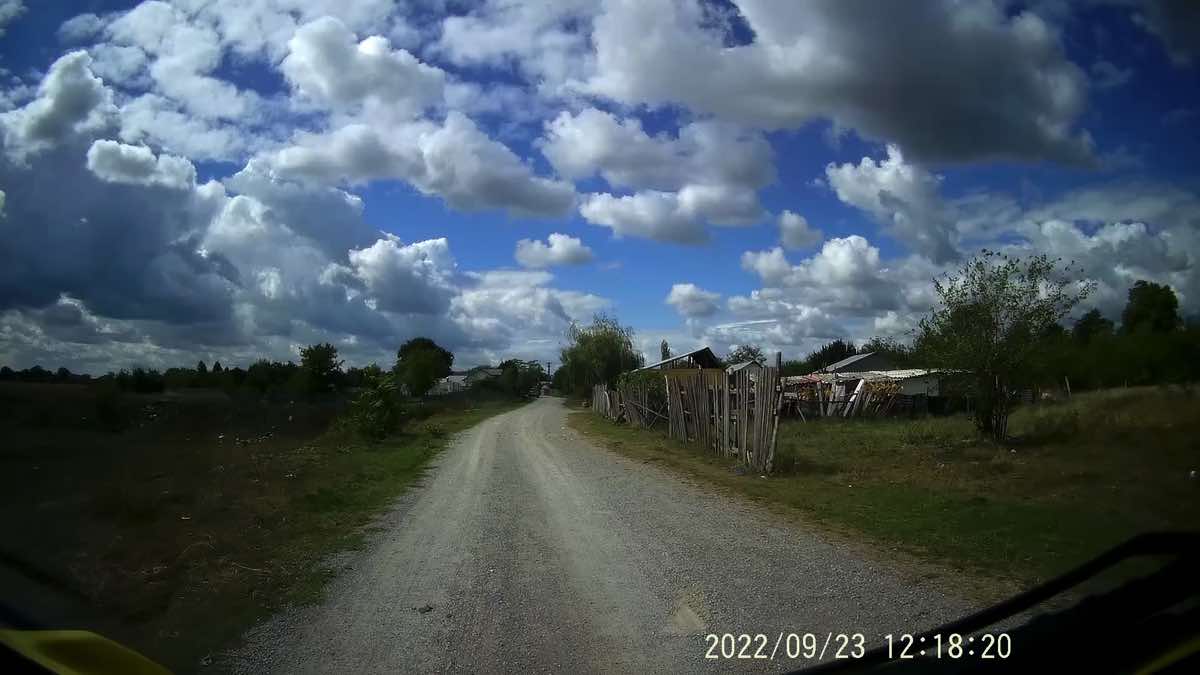 Roma settlements per se are not so bad, but the desolation of the whole area made us head north again. Our plan was to head for Sinaia and the Bucegi mountains. 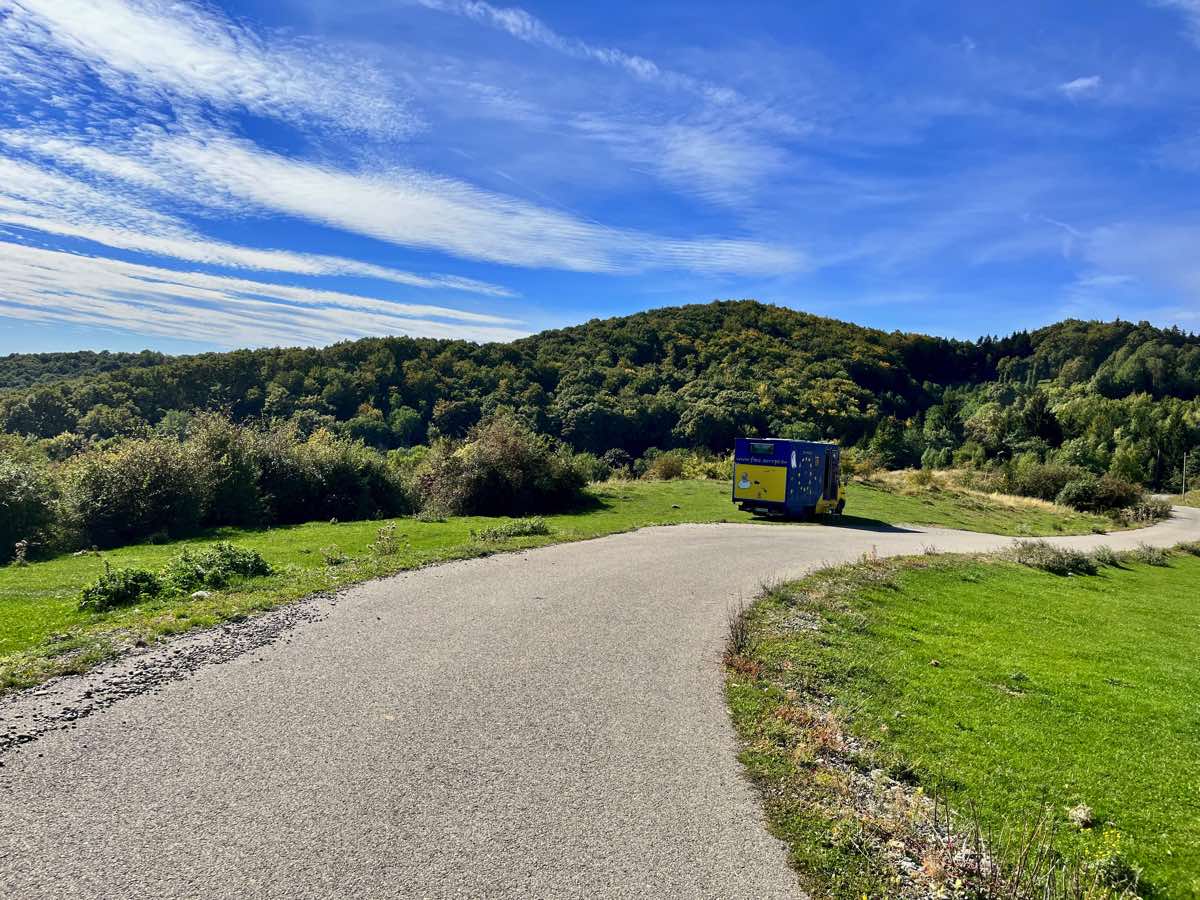 A beautiful meadow on top of the mountain and the prospect of sunshine the next day made us quickly forget the exhausting because narrow and steep journey up.

While walking, I met Alex and Joanna. They had just come out of a closed-off forest path onto the road and my question as to whether this was an official hiking path was answered by Alex in very good English that it was possible but dangerous because of the bears. This led to a long conversation at the end of which they invited us to stay on their inherited property in the next village. They themselves had to go back to Bucharest to work. We exchanged telephone numbers and when I got back to Wilfried, I thought we could invite them for a coffee. No sooner had I sent the message than the Volvo parked next to us. We were surprised with freshly picked fruit, Tuika (the Romanian plum brandy), nuts and jam, as well as a few tips on places of interest in the area. How happy I was to be able to conjure up my sea buckthorn jelly from the box as a special gift. 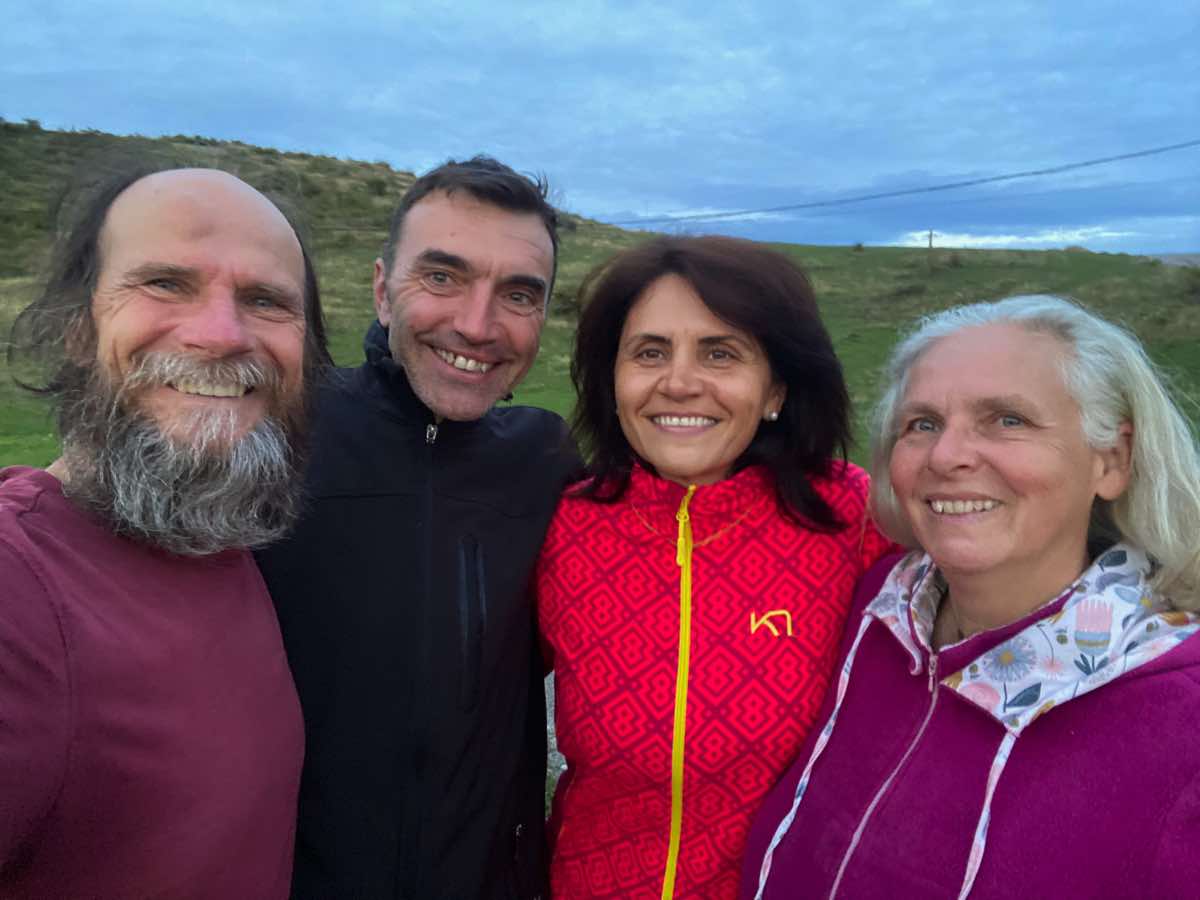 We said goodbye with a warm embrace and a farewell selfie. It was a pity we hadn’t met a day or two before. Alex would even have liked to have his portrait taken.

The next morning we went to the recommended Paltinoasa reservoir. How it lay there so quiet, lonely and peaceful. In summer, it attracts swimmers and all kinds of water sports enthusiasts, but now it was absolutely empty. With the weather getting colder, we both suddenly lost the desire to go even higher and risk another very steep approach.

You’re just not as manoeuvrable with the fat guy as you are with a car.

And so, at the reservoir, we turned around again without further ado, this time really heading east and towards the Black Sea.

At the Fundata salt lake shortly before Slobozia we found a very quiet place to sleep. 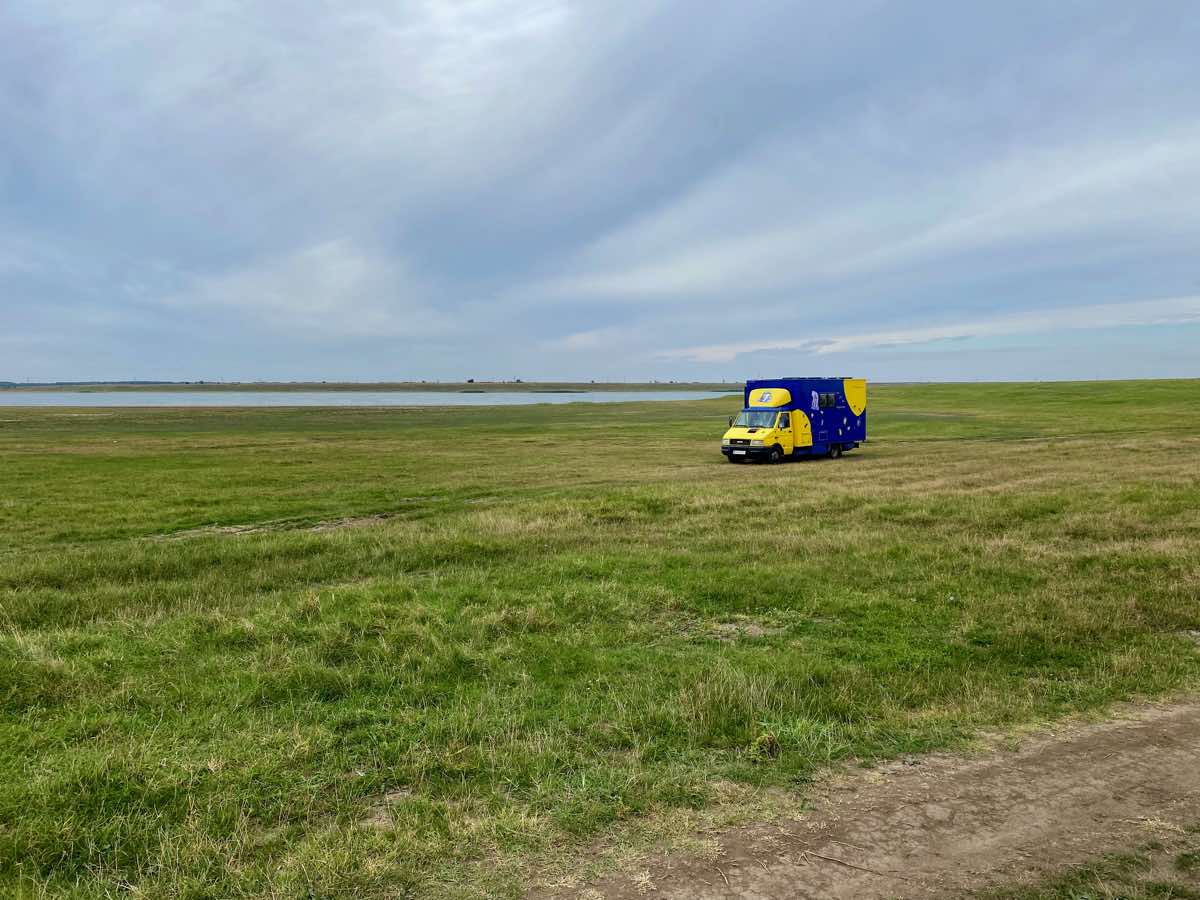 Only a herd of goats could be seen. Even this herd marched on in the evening and so we were very surprised to hear tractor noises in the morning. What it was unloading looked exactly the same as it appeared from a distance: melons by the trailer were simply dumped on the ground for the goats. 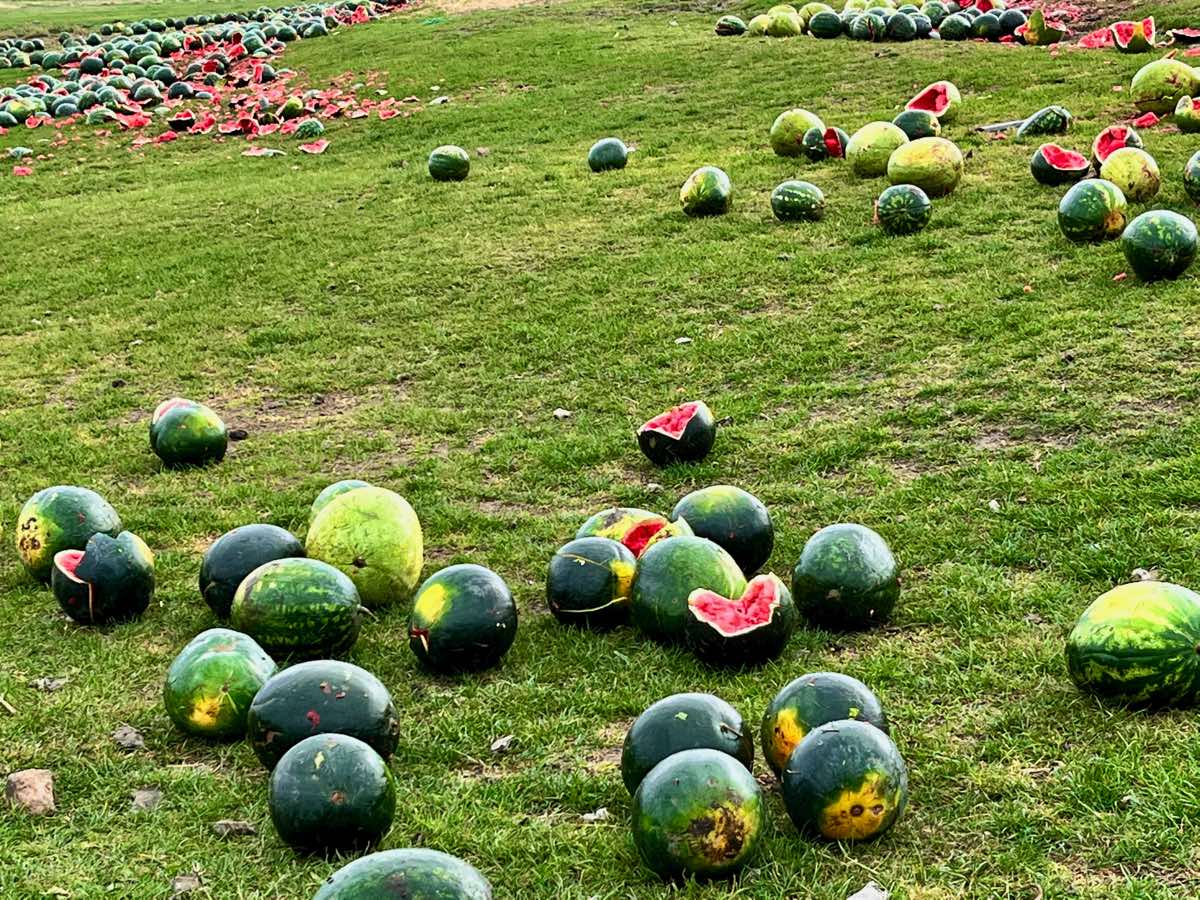 A nice way to give the surplus melons or the fruit that could no longer be sold to the animals. Here, legislation has apparently not yet banned the feeding of food leftovers to animals.

On dead straight roads through poor villages, smaller and larger towns, we finally crossed the Danube bridge. 2.50€ or 11 lei was paid on the other bank.

We approached Constanța, of which we probably only saw the ugliest part. Huge skyscrapers and construction sites alternated with industrial buildings and an immense oil refinery. Quickly through and away. But it wasn’t so easy with the “quickly”. Soon the crumbling road was not much faster than walking pace and the last few kilometres seemed to drag on endlessly. The beautiful natural beach of Vadu in the Danube Delta hid from us for a long time. 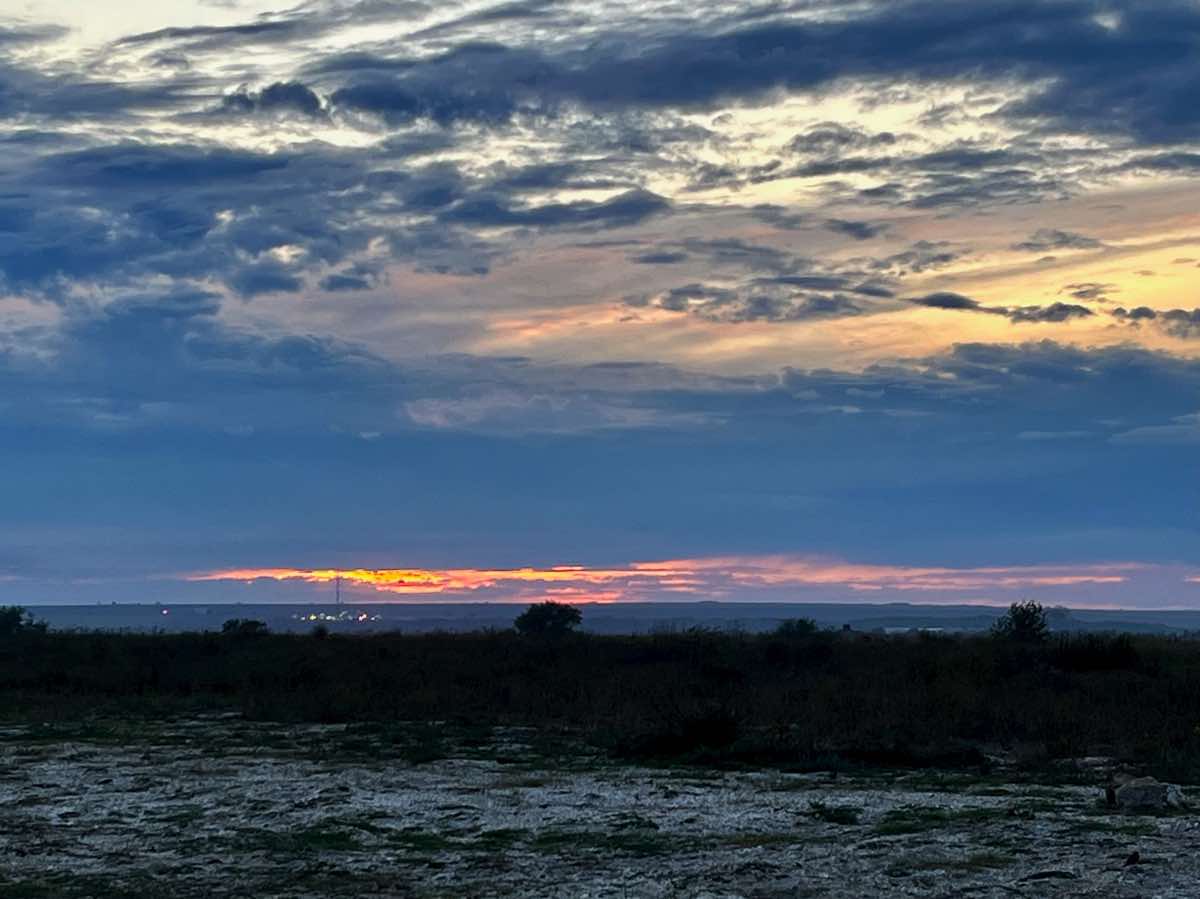 But suddenly it was there and so was the sound of the sea. How long had it been since the last night with the murmur or roar of the waves. In Albania, that was in April. 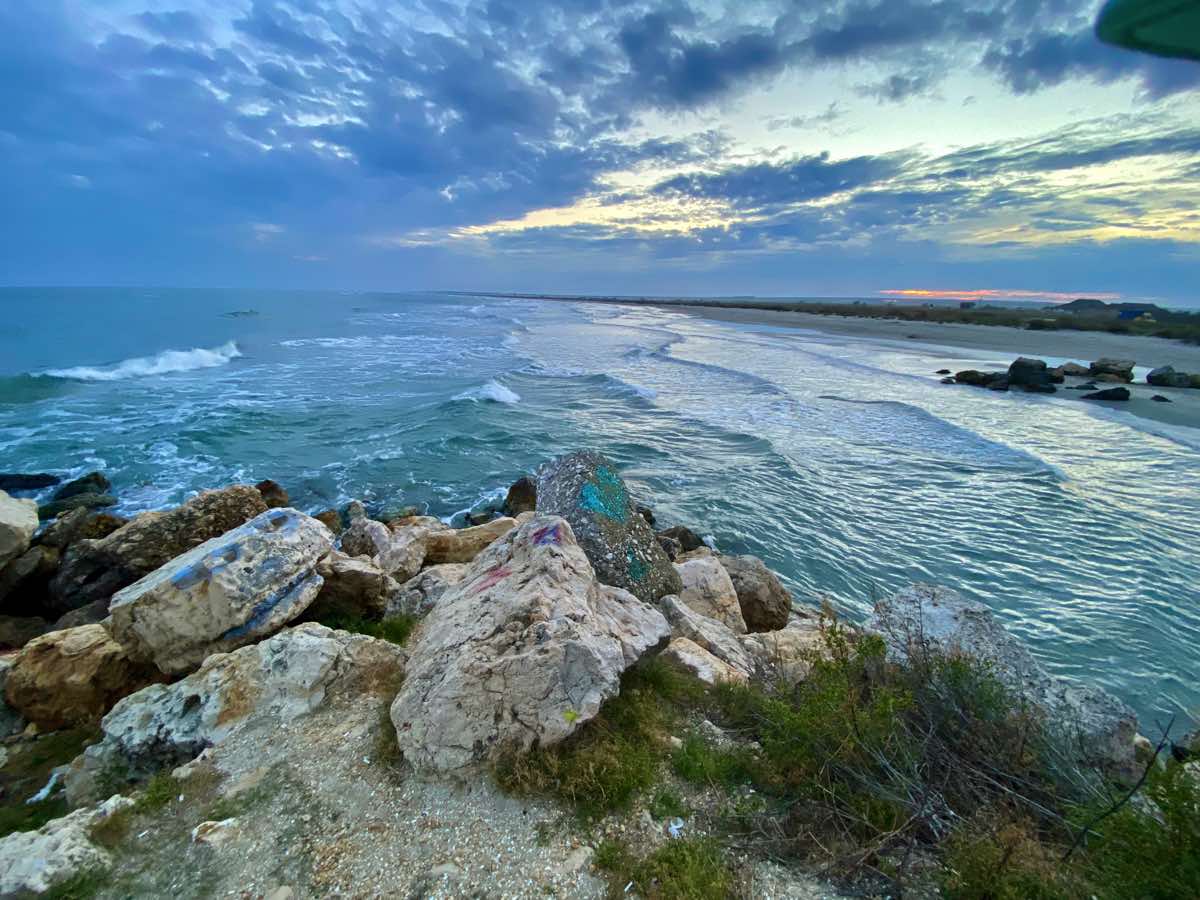 And even though the beach seemed empty and the few caravans seemed unused, my curiosity drove me closer and so the zip of the awning opened and friendly neighbours welcomed me. Esther and Michael are native Romanians from Corbu who have lived in Anif near Salzburg in Austria for 33 years.

We are curious to see what happens next.