We spent the day indoors at fairly heavy rain the morning.

During a rain break Petra, Dieter and Lisbeth went to the town Onda and sought a reasonable Simcard for the two Chameleon drivers. We were successful, there were 3 telephone companies side by side. A road map, we unfortunately could not find it, but we „stumbled“ into a Turkish shop, peanuts, curry and vegetables were bought. On the way back to the car we could not pass the Mercadona without going in. So only wanting to quickly buy oatmeal we ended up with a big bag of shopping stuff .

Coming back to the cars we had ice cream on the terrace, which had almost dried in the meantime.

We cooked some vegetables and rice, still enough left over for the next day.

This morning we were surprised by a friendly couple from Hungary, which was standing next to having arrived next to us at night. They told us they wanted to the hot springs in the mountains. The idea fascinated us immediately, Lisbeth had the desire for a long time to go swimming. 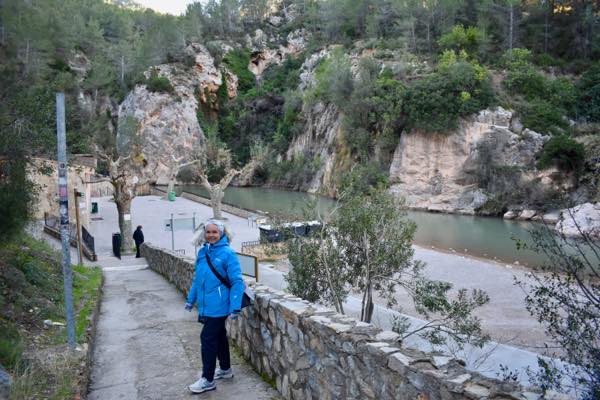 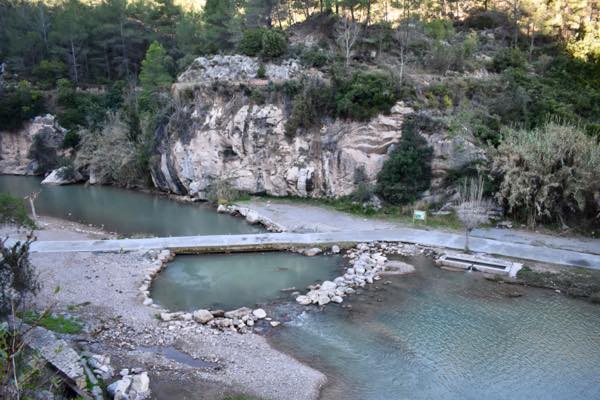 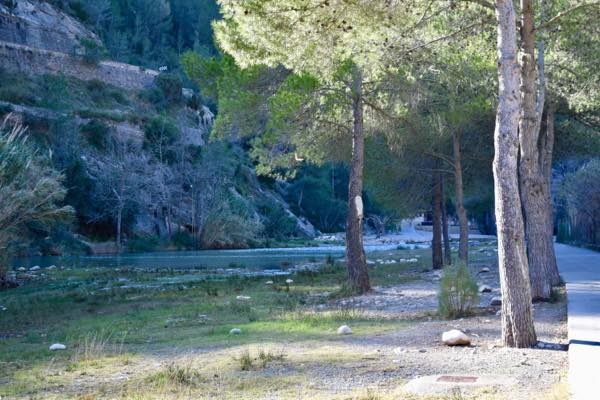 We joined the two and one hour and the usual morning preparations later we were on the mountain. It was stormy and very cold. Even if you were swimming in the warm water coming out and drying would have meant a flu for sure. None of us had a desire for this. The landscape around was very nice. We enjoyed a mini walk and got back to our cars. A short detour north should lead us to the motorway, and from there it would be easier to go to Valencia rather than the serpentine back to Onda.

But we could not foresee that the border between the provinces of Castellón and Teruel means that the time has stopped in Teruel, while one has been built roads in Castellón. The road was consistently on the map as a red road meaning a good road. But at the provincial border it was rather an adventure trail next to an “off-road“. What would happen if a car approaches we thought. But there was not any seen. Dilapidated villages and miles and miles of just curves on a disastrous road. 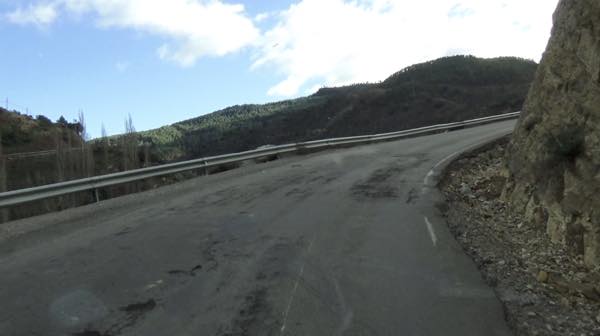 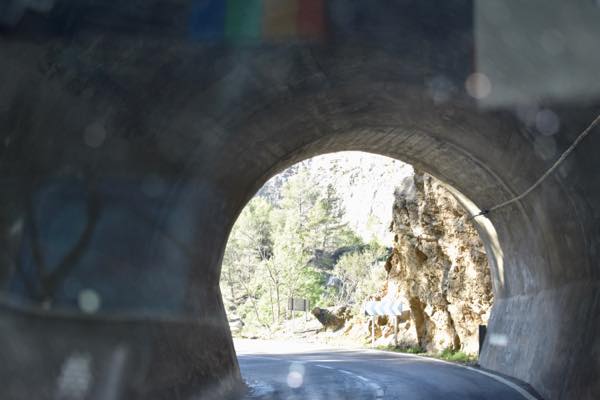 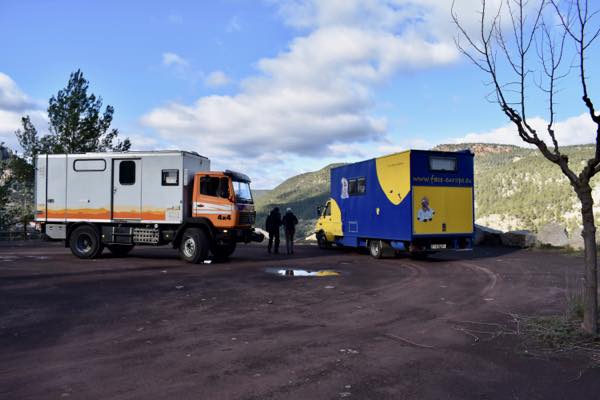 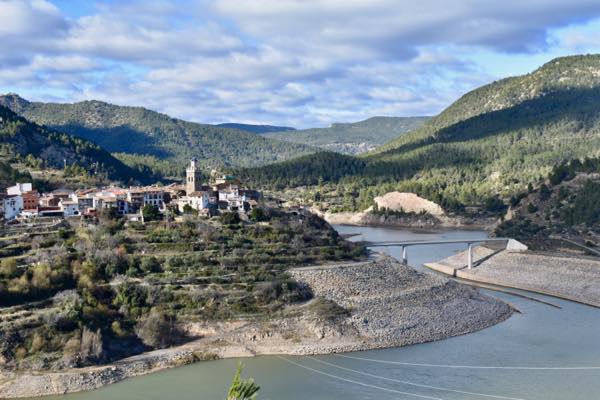 At the end of the street there was suddenly a wide and paved new road and we turned  to the A23.

Without any delays we reached Alboraya at about 4:15 p.m.. The high waves splashing over the stone walls in front of the promenade were very impressive and showed the power of the water. The stiff breeze will hopefully slow down tomorrow. We know the square in front of the hardware store Leroy Merlin already from last year and we also founda good place right at the promenade. Palm trees, sandy beach and a wild sea in the afternoon light welcomed us as friendly as our neighbor. He did it in Bavarian. Lower Bavarian exactly. Home advantage because since two days here. Well informed.

We had dinner at Big Fredi and enjoyed part 2 of our yesterday’s delicious food. Good thing we had left halve in the pan for today. For dessert Petra and Dieter were our guests. We had a fluffy Pannetone cake.

The sea rages outside. For tomorrow we have arrang to meet Bettina’s family. We are curious how the two girls have developed within the last year!

3 thoughts on “Warm springs in Montanejos”