The West of Sicily

From our friends in Finale di Pollina 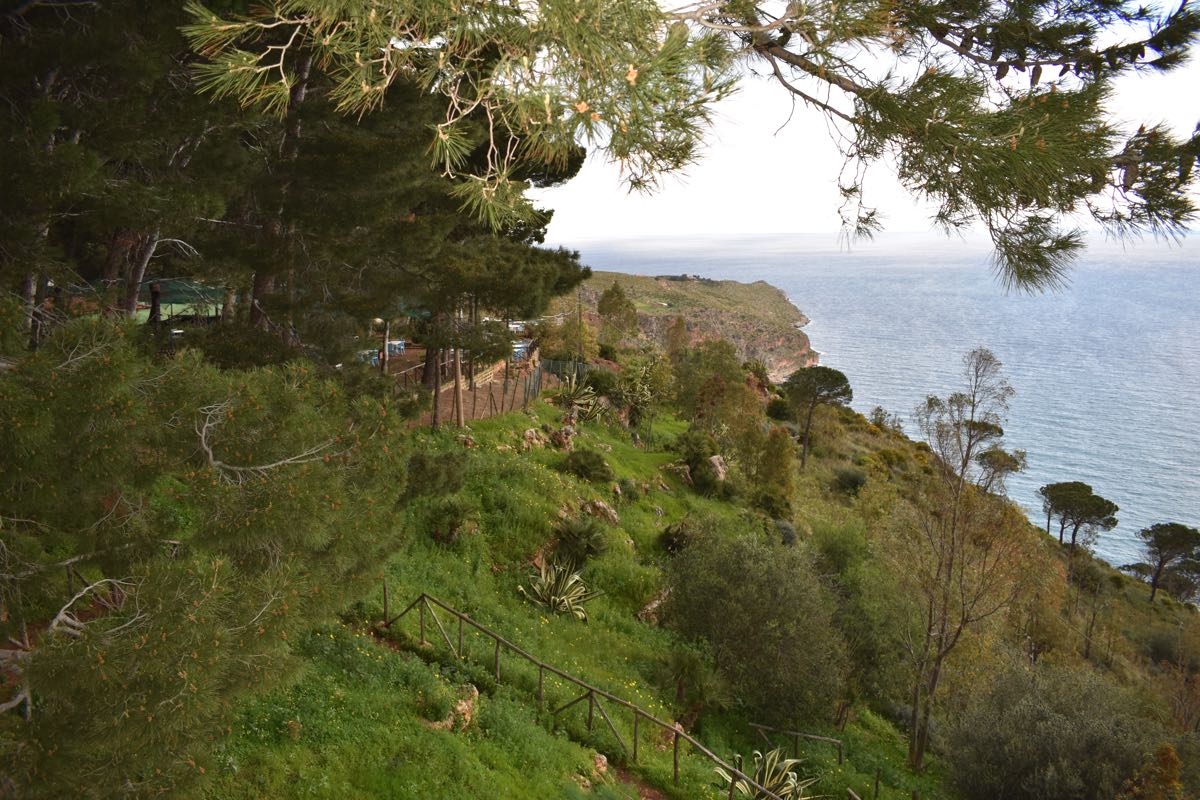 Although it was a Thursday, there was already music for the young people in their cars in the evening and the approaching weekend did not promise anything good. 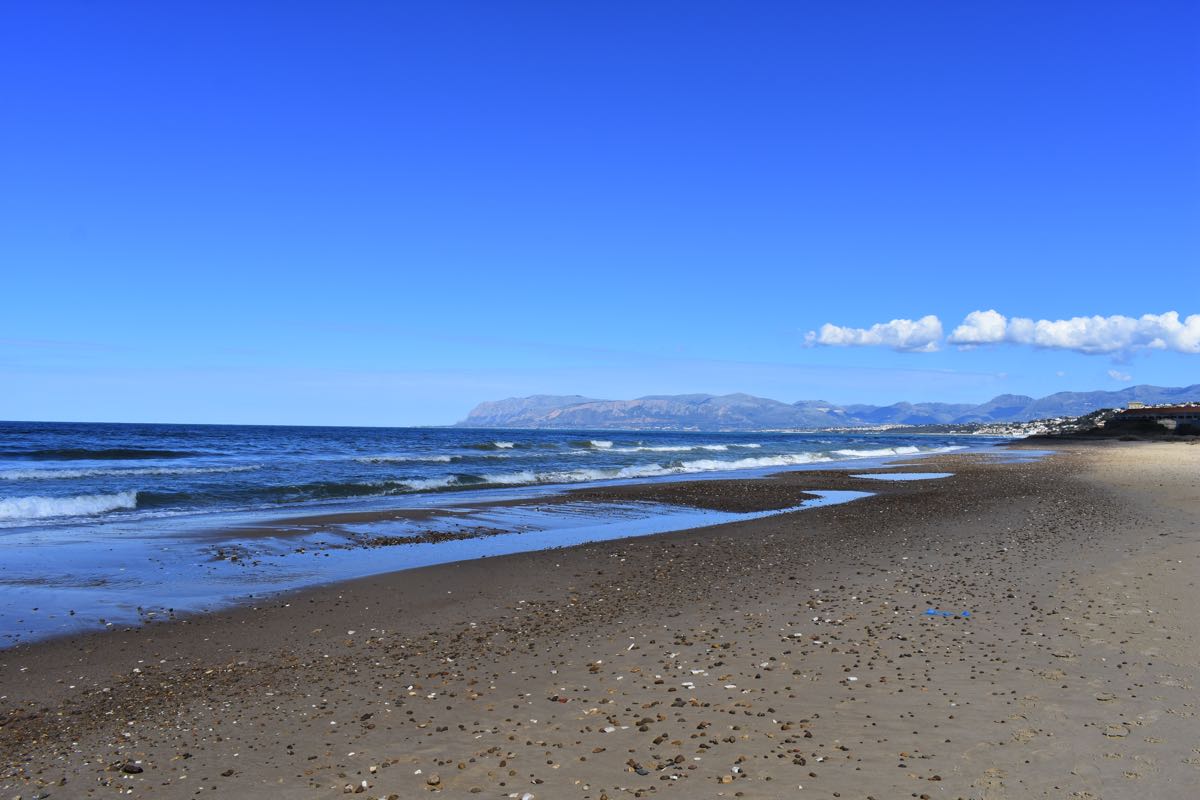 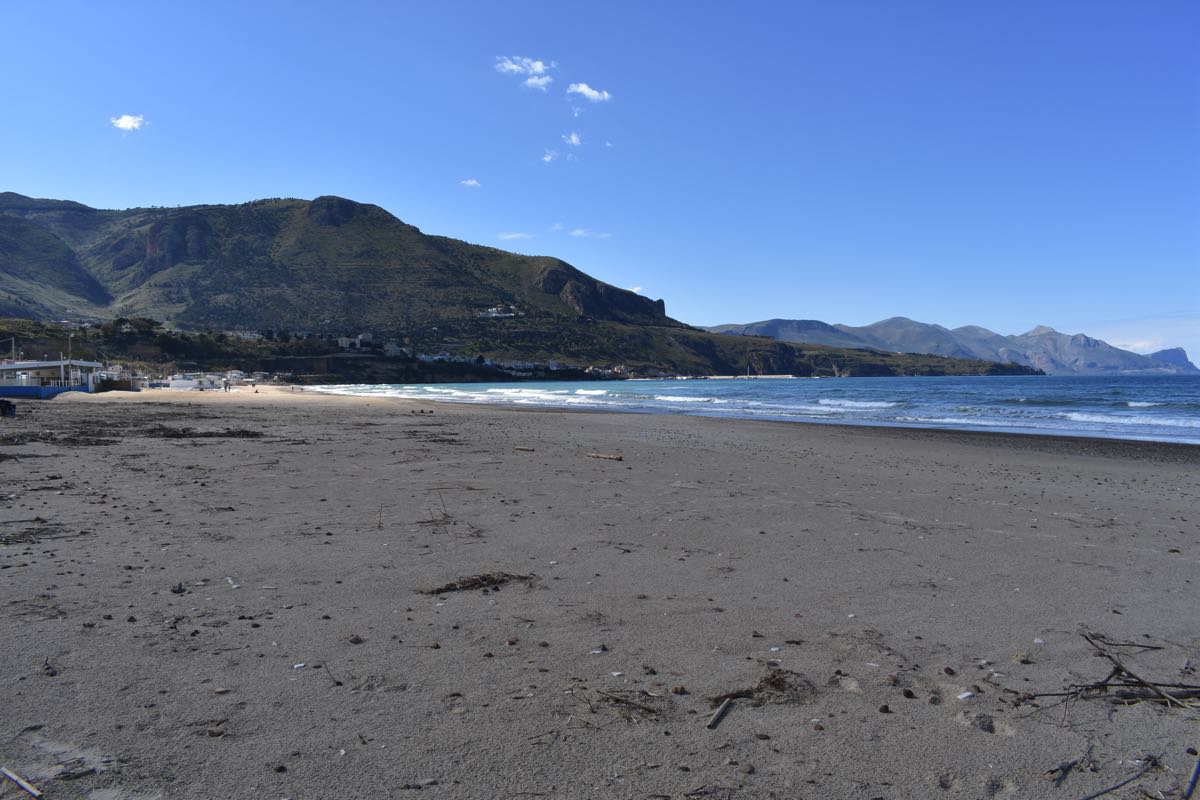 So we left the Place directly on the beach after just one night and moved on to the Zingaro National Park. The car park at the entrance was open but the park itself was still closed due to a fire last August.

The paths have not yet been restored, and the park attendant at the ticket office could not give us an exact opening date. The temperatures dropped and it started to rain. Not much at first and the temperatures were not yet uncomfortable. So we decided to wait for the bad weather front up there at the entrance to the nature park.

But when a gusty storm came up on the 3rd night, we had to vacate the site for safety reasons. Of course, these things always happen in the middle of the night. First, turn the car in the wind direction so that the wind could only come from the front. Then the wind shifted and at 2am we moved to another wind-protected spot, which we then left in a panic at 6am. 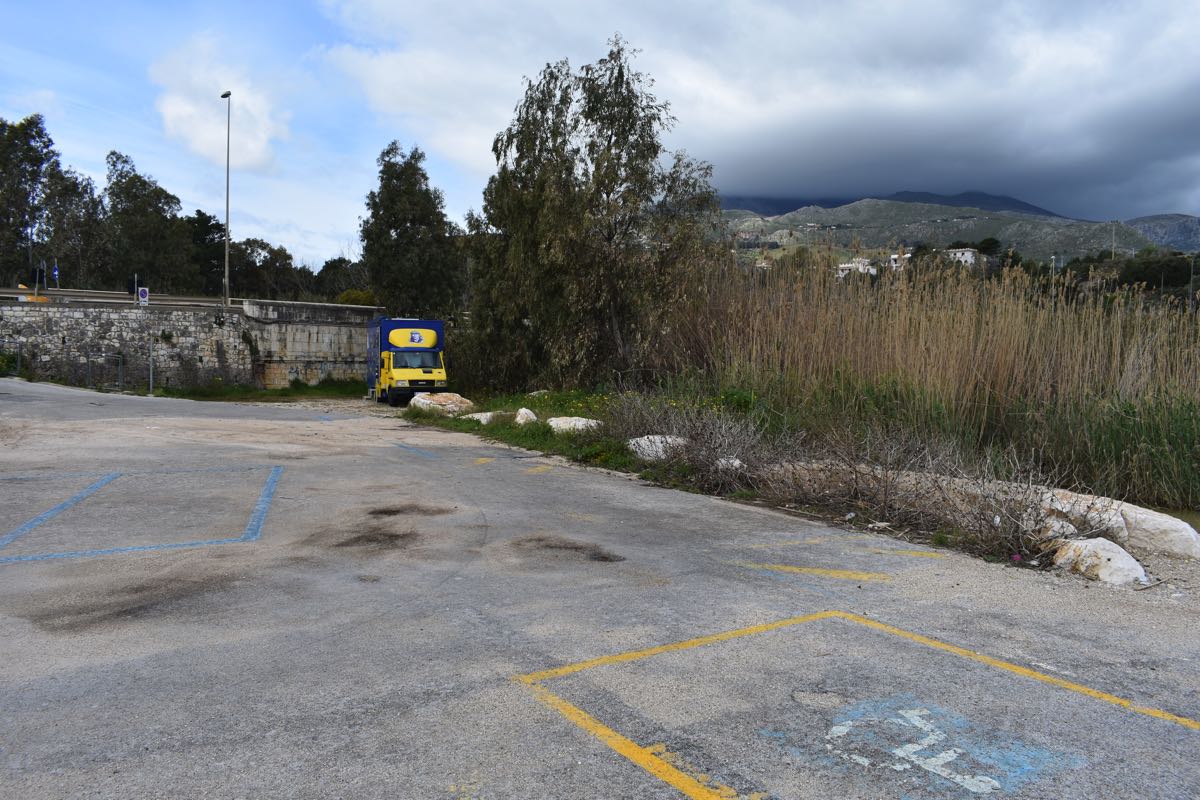 Now it was just a matter of escaping inland and really, soon the gusty storm turned into a harmless breeze. Erice, a beautiful little town on the mountain with a view of the sea and ancient buildings, had to be left to the left – but actually to the right – due to the wind. Cities have no real attraction for us. It is too dangerous to leave the car unguarded and the sights can really be seen on pictures. What really interests us are the people. And we should have the opportunity to do that again.

Our dear Sicilian friend Gianluca, whom we had met in Portugal, arranged for us to take portraits of his friend in Marsala. Alfonso, an English teacher retired for 5 months, was the 11th participant in Face Europe with Italian roots.

The portrait was taken at the Marsala harbour car park, but Alfonso took us afterwards to his favourite spot in Birgi: 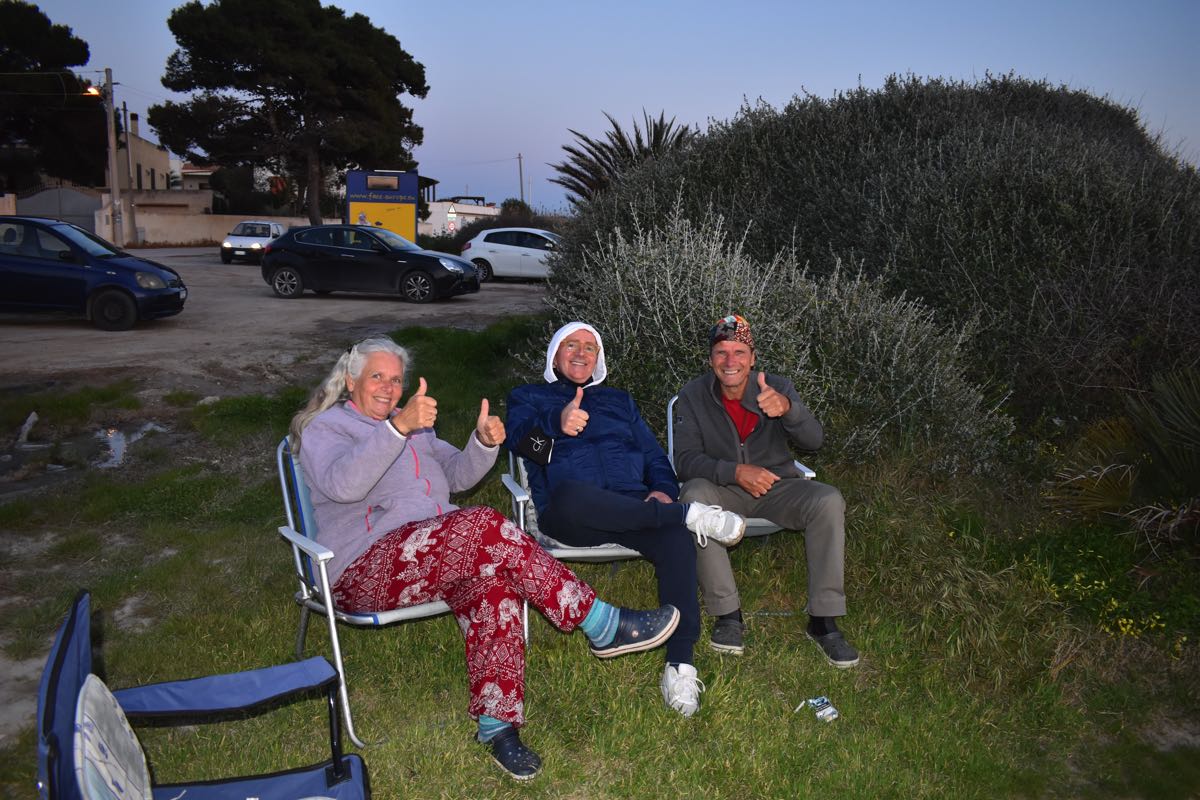 a kitesurfing spot for all levels. The bay of Stagnone is world famous for kitesurfers, there are a myriad of kitesurfing schools there in the summer. Now – due to the pandemic and the winter – there was little activity. 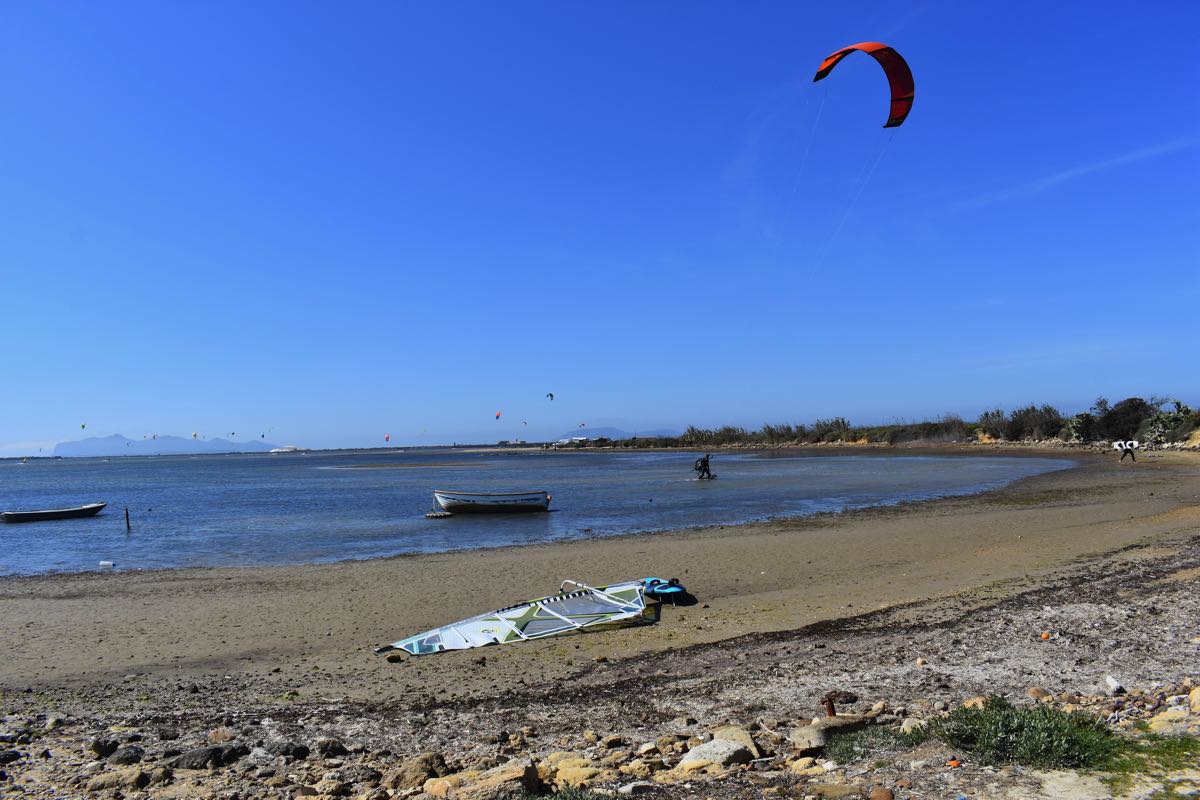 However, a few kilometres further on and a walk away, there were some daring locals and foreigners with their camper vans, kiting what the wind gave them. But apart from Eric and Lena from Hamburg and Wolf from Bavaria, there were no Italian acquaintances for a Face Europe portrait. Anyway, it was difficult to break the Easter lockdown, because all over Italy there was a strict curfew again.

Only Alfonso visited us and spoiled us with his presence and delicacies of Italian cuisine. Once he cooked melanzani with us for a pasta dish and brought us bruschetta as a starter.

Another time he spoiled us with panela, which we already knew from Gianluca. But the wine and champagne gifts were topped by the best Sicilian fiasconaro, which he brought us as an Easter gift. This is a traditional Easter pastry, a yeast cake with almonds, aranzini and sugar sprinkles. A delicious pastry that will still taste good to us after Easter.

Yesterday, Easter Monday, we were sitting comfortably having breakfast on the beach when I noticed what appeared to be a dark rubbish bag at the other end of the car park.

On closer inspection, the ball of rubbish was moving and eventually, on approaching, turned out to be 4 little baby kittens that someone had obviously abandoned. There was no mother cat to be seen. The kittens, estimated to be 3 to 4 weeks old, were cuddling up to each other. My attempt to feed them with watered milk failed. They did not accept any milk from the syringe either. Fortunately, two mothers with their three 8-10 year old children took care of the foundlings and we hope that the little ones will not only be regarded as a temporary Easter present and toy, but will be raised responsibly. 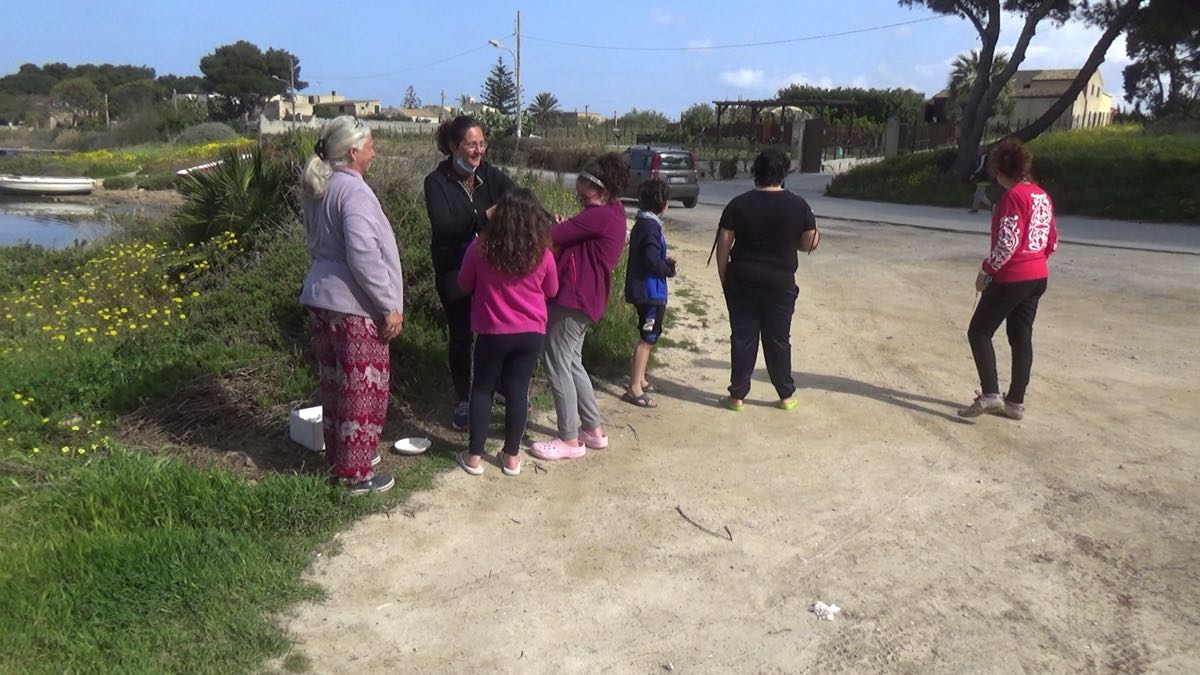 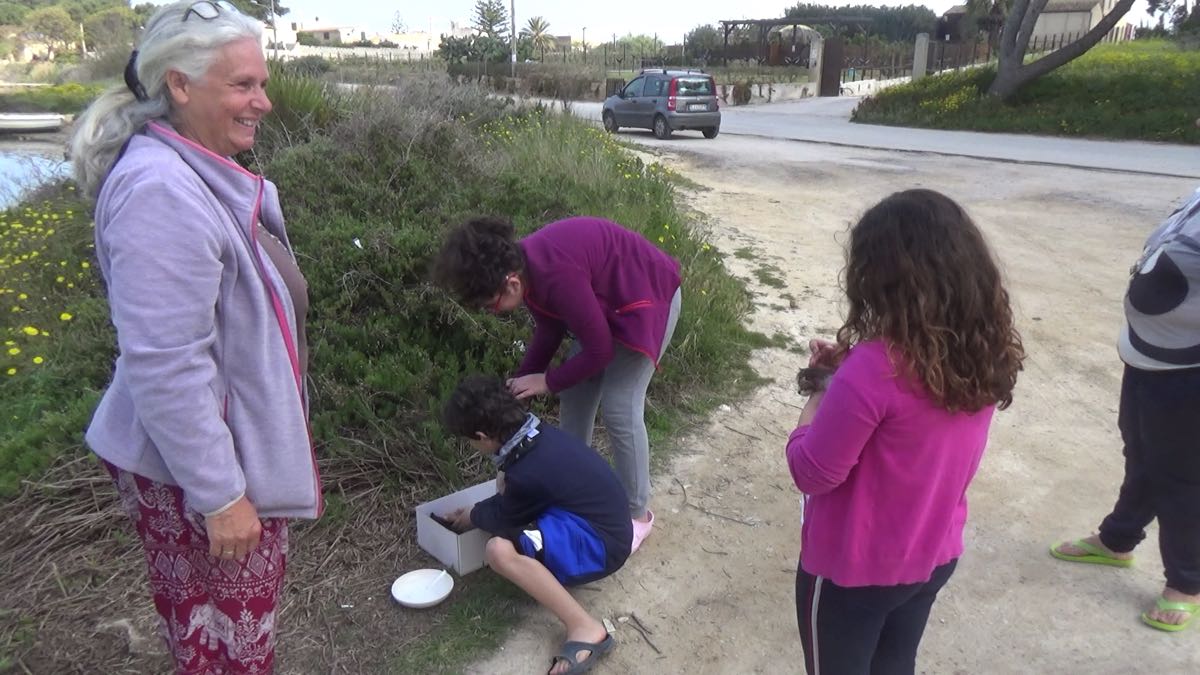 This morning, after another 10 days, we took down our tents. The water tap at the campsite had been extremely practical and we filled Big Fredi to the brim with good drinking water, which the locals also fetched again and again. 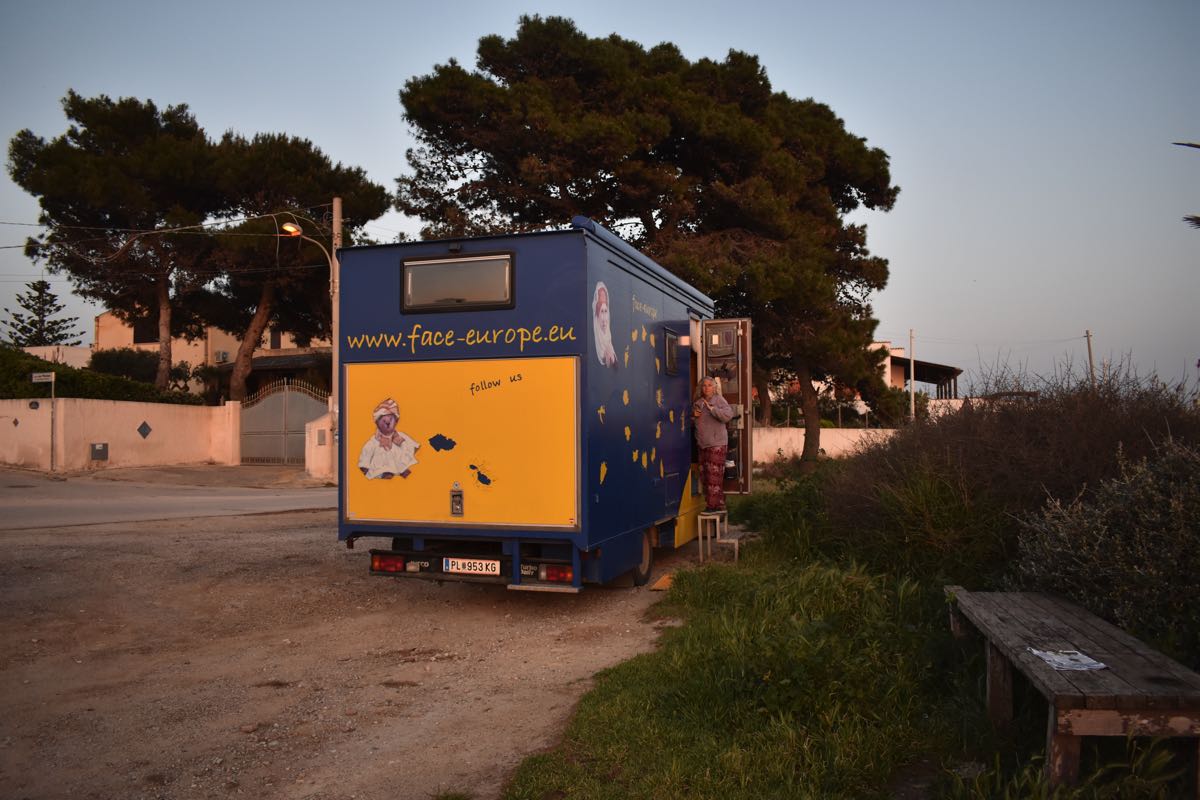 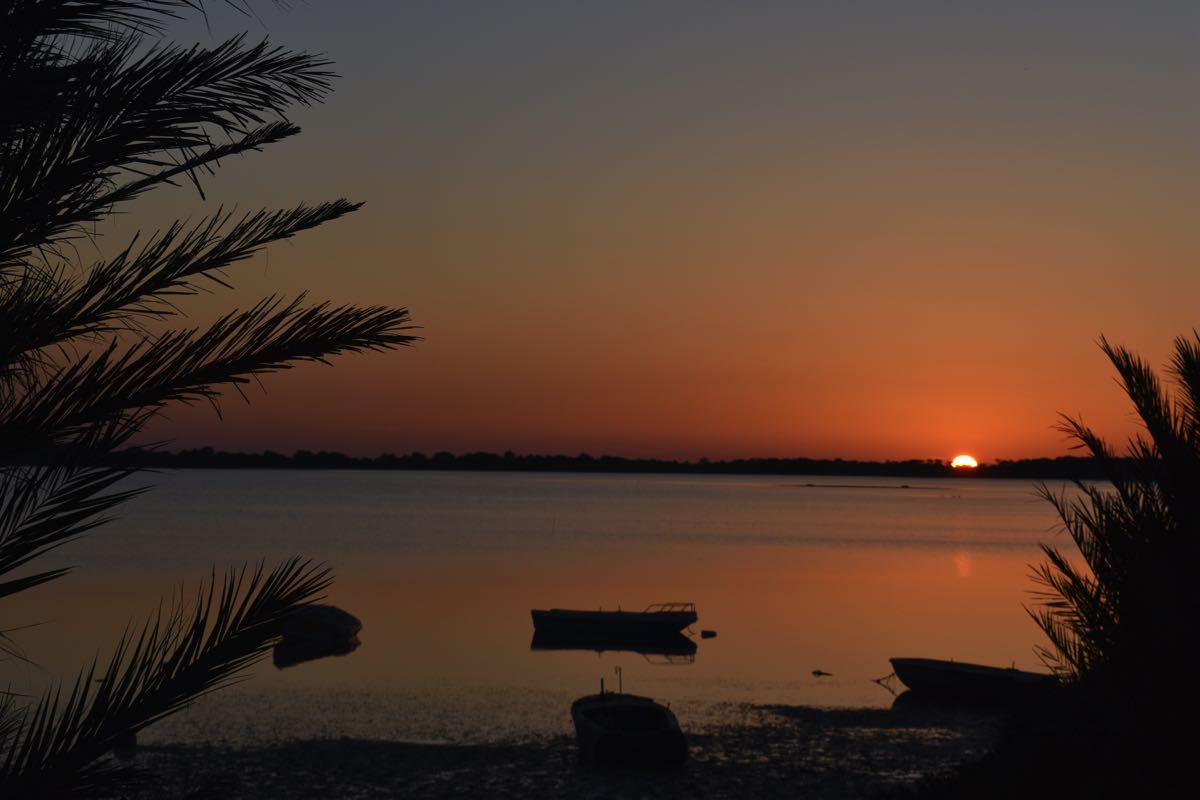 Even washing clothes with our washing machine had been possible, the hanging up of the laundry could be done unseen from the street and it did not immediately look quite so “gypsy-like”.

Today, with a stopover in Selinunte (an unfortunately closed Greek temple), we made our way to Sciacca. The storm has fortunately abated and we hope it will stay that way.

We are the only ones in the car park directly on the beach.

As so often before, we ask ourselves how one can litter one’s beautiful country like this and where there are public rubbish bins.